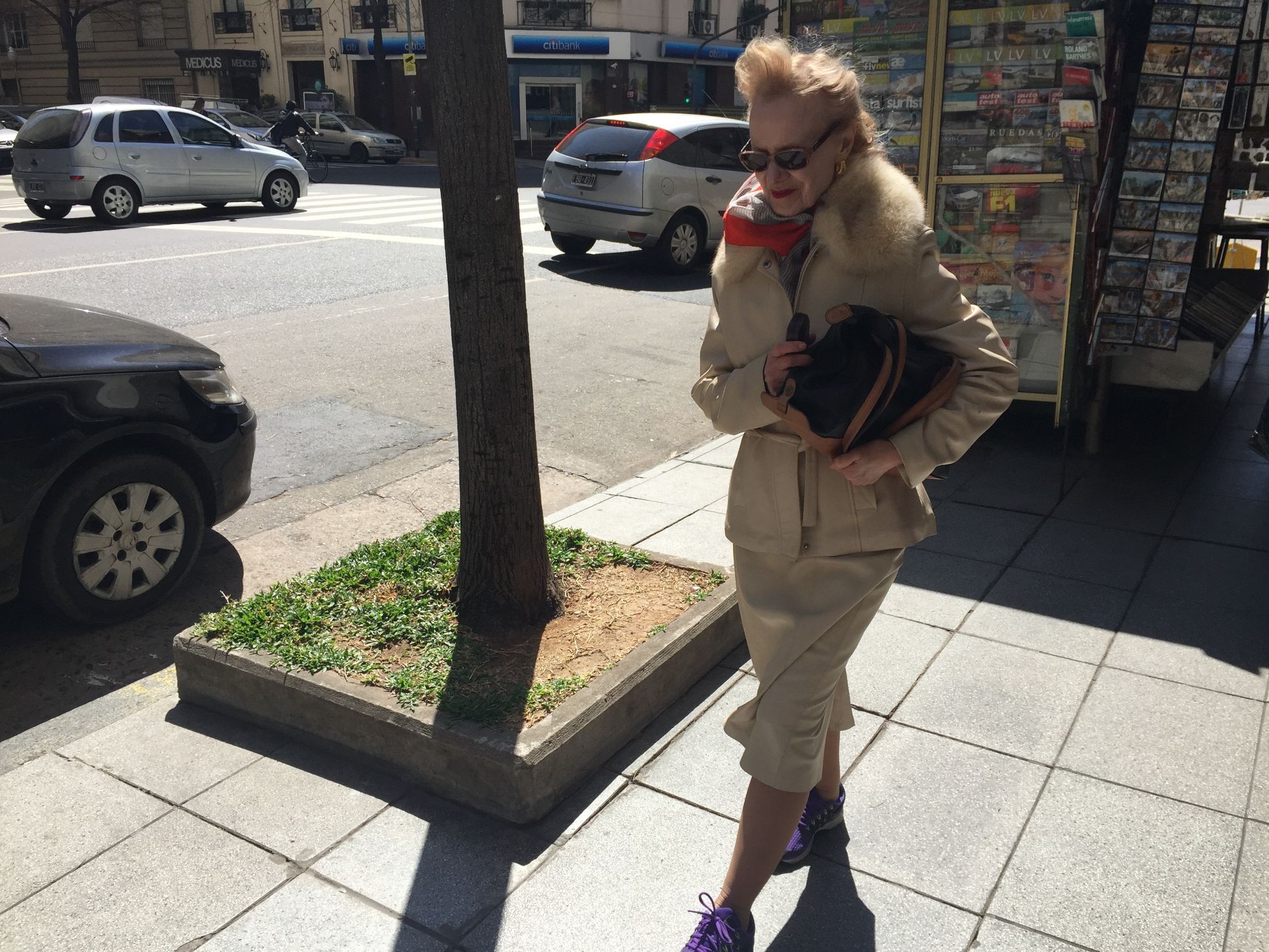 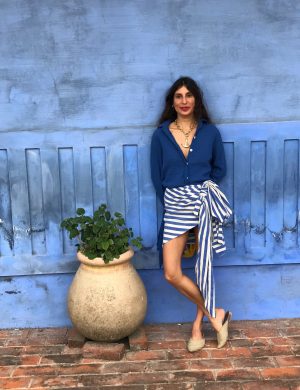 Victoria Sanchez is a stylist, fashion consultant and designer. She lives and works in Buenos Aires, from where she runs her clothing brand Bolazo Argentina. In 2000, she began capturing the charm and particular form of dress of the Buenos Aires ladies who, in their wardrobe choices, reveal unique fragments of the local culture.

With this photographic archive called Señoras Paquetas, Victoria anticipated the global street style trend with her own distinctive stamp influenced by her personal, free-spirited style. This project fuses aesthetics and art with the world in which it inhabits by capturing the extraordinary of the everyday.

We discover another face of the Argentine capital through her distinctive point of view.

I began to photograph them with the first telephones that came with a camera. There are many great photos that I can’t use today because of their poor quality. I started with the simple fact that, to me, they seemed unmissable, and they were always on the go, which really defines the style of the photos. Then I started looking for backgrounds, or sometimes chasing them to get ahead and wait for them to pass. Then, with social media, I saw that my friends loved them, so I published more, but it’s a hobby. I never looked for them, and many times, I lost the opportunity for great images because I didn’t have time to stop.

Why do these ladies define the Buenos Aires spirit?

Because they are unmistakable. They dress in a unique way. There are some with more of their own style, but, in general, they follow a theme. And you recognize them immediately, if you know Buenos Aires. They’re like Italian women, who also have a unique peculiarity. 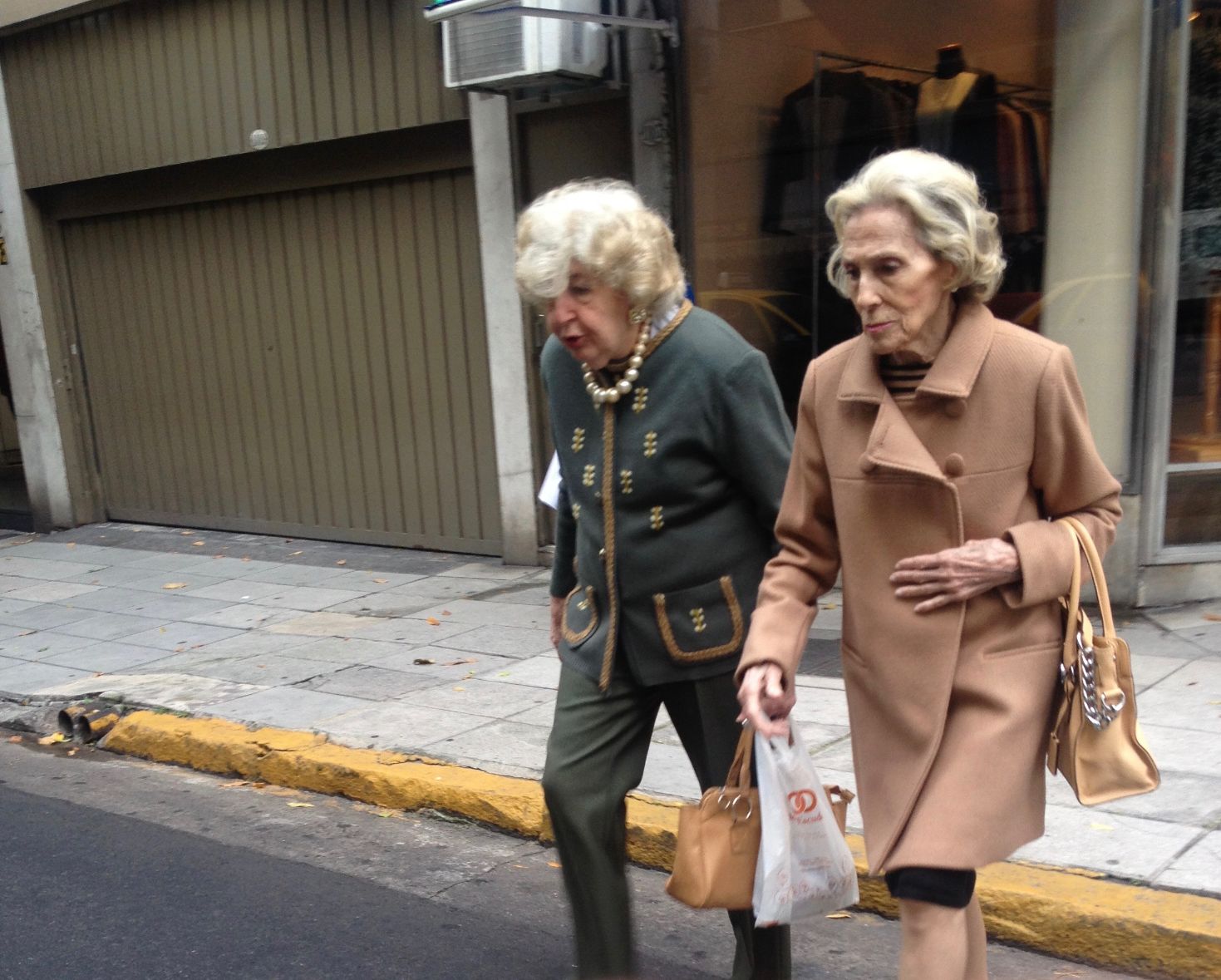 Paqueta is associated with the bourgeois, the Argentine high social class. The name amused me, but what I like to emphasize with these photos is the spirit of dressing well, of looking pitucas or posh; meaning fixed up at any time, every day. It has nothing to do with social class, although I understand the association.

What do you find most rewarding about this photographic project?

It stresses me a little when I notice that, as the years pass, they are ceasing to exist. That makes me melancholic. Many people on Instagram write to me, saying: “She’s my grandmother, she died last year. Thank you for such a beautiful portrait ”. This gratifies me the most today because Señoras Paquetas never had a lucrative purpose; it was more the spontaneity of the first images and seeing how it all evolved.

Any funny anecdotes with the ladies?

I was rebooting my phone once, and saw one go by. I followed her for several blocks, then went ahead of her and into a friend’s hair salon. I asked a girl who was cutting her hair if she would lend me her phone for a second, and left her mine as a guarantee. I managed to take the photo, and she sent it to me. 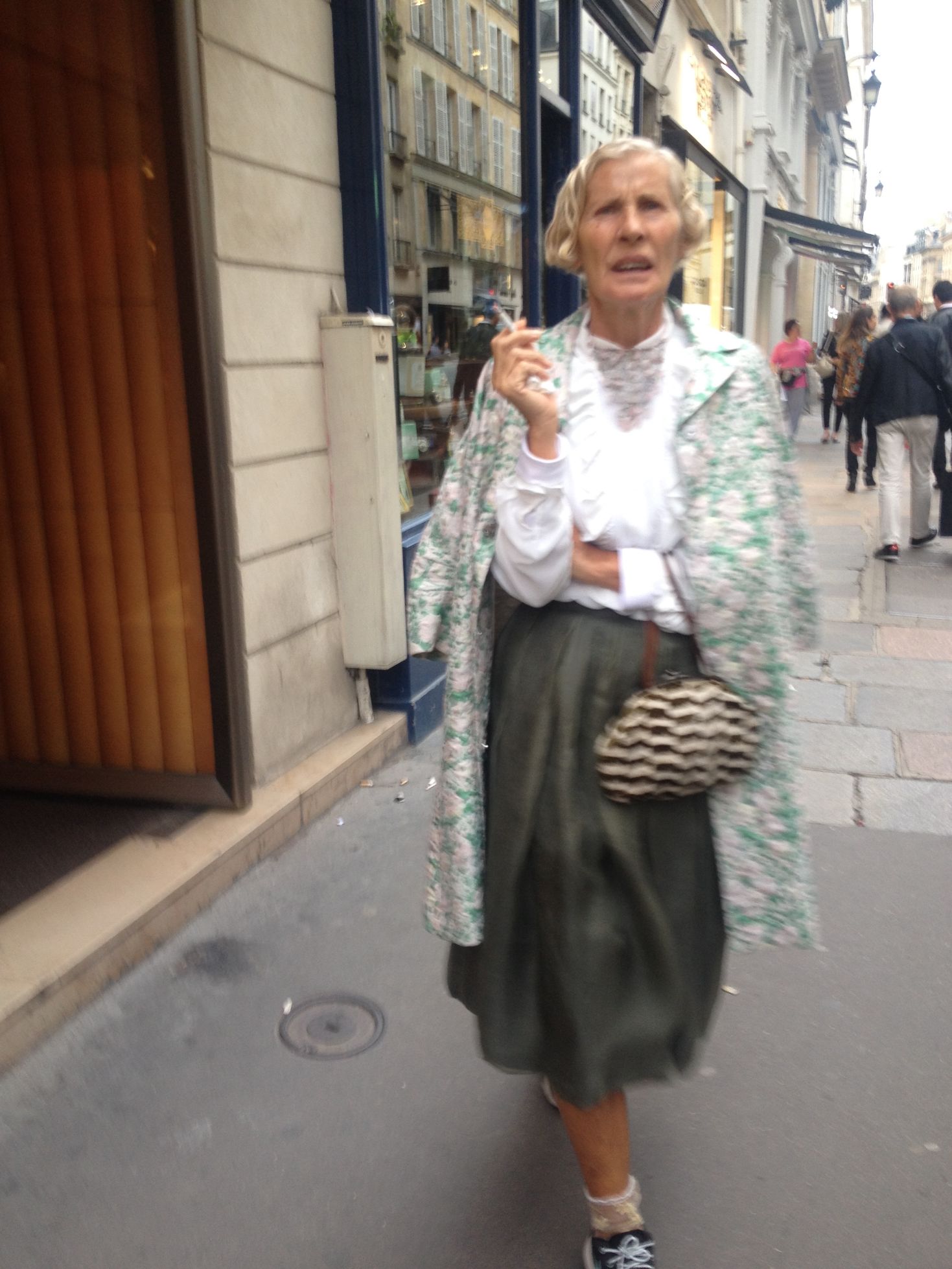 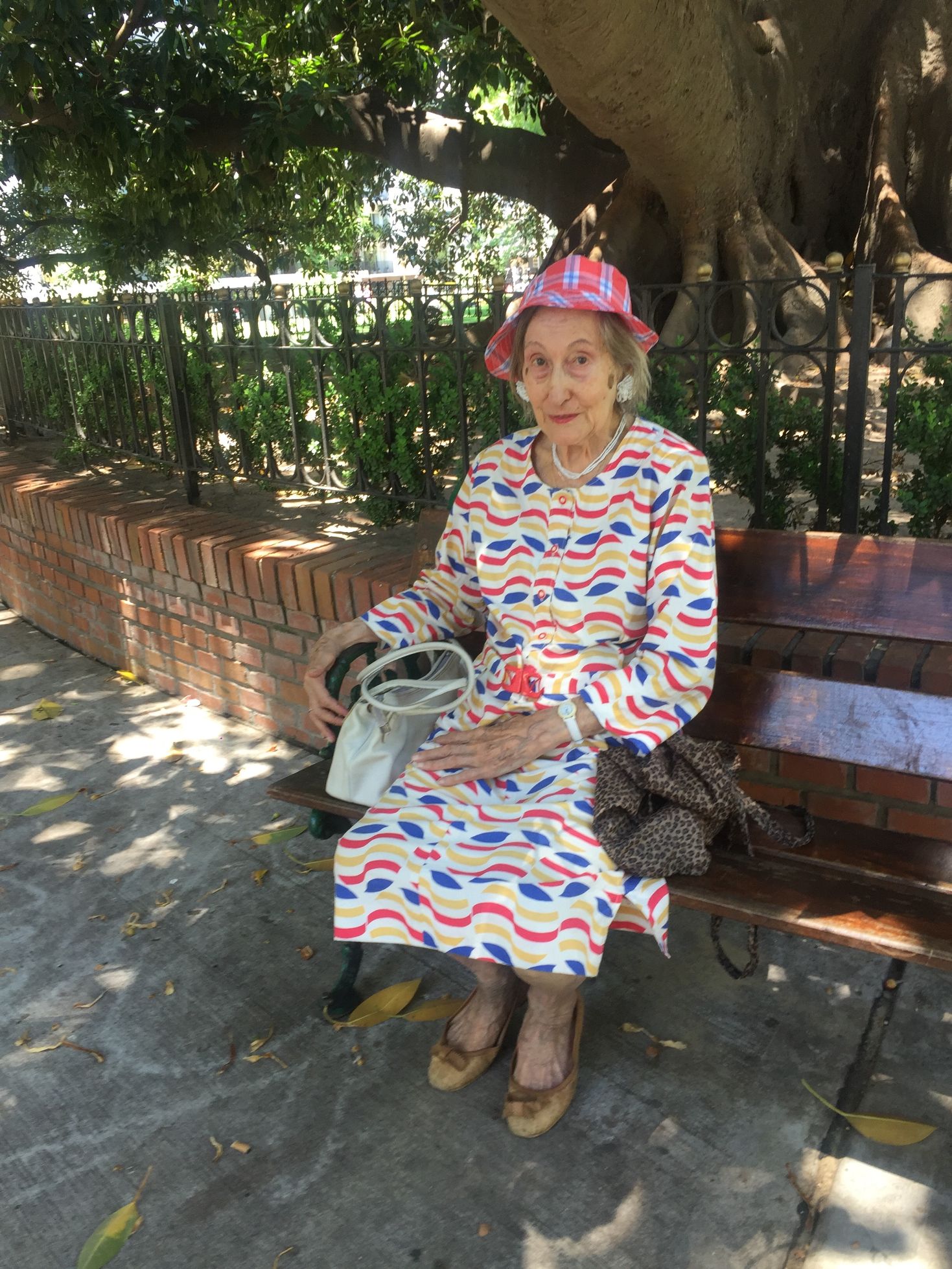 In which neighborhoods do you usually spot them?

Most of the ladies wander through La Recoleta, a central residential neighborhood in Buenos Aires and an area with historical and architectural interest, often called “the Argentine Paris” due to the great French immigration that took place in 1840.

It’s a neighborhood I try to portray along with the ladies, looking for doors, windows and sidewalks. It’s a very particular place, just like the ladies themselves.

What do you know about the life these ladies lead? Where are they going? Why are they dressed up?

I don’t know the personal life of each one, although often I come across messages from relatives, children or grandchildren who comment on the photos. I don’t know where they’re going either, but Senoras Paquetas is a lifestyle, it’s part of a personality. They can be headed to the grocery store or to visit a friend or daughter; That doesn’t change their love of being pituca. It’s something natural, there’s no effort to it and it’s a habit that, I suppose, occurs with age. 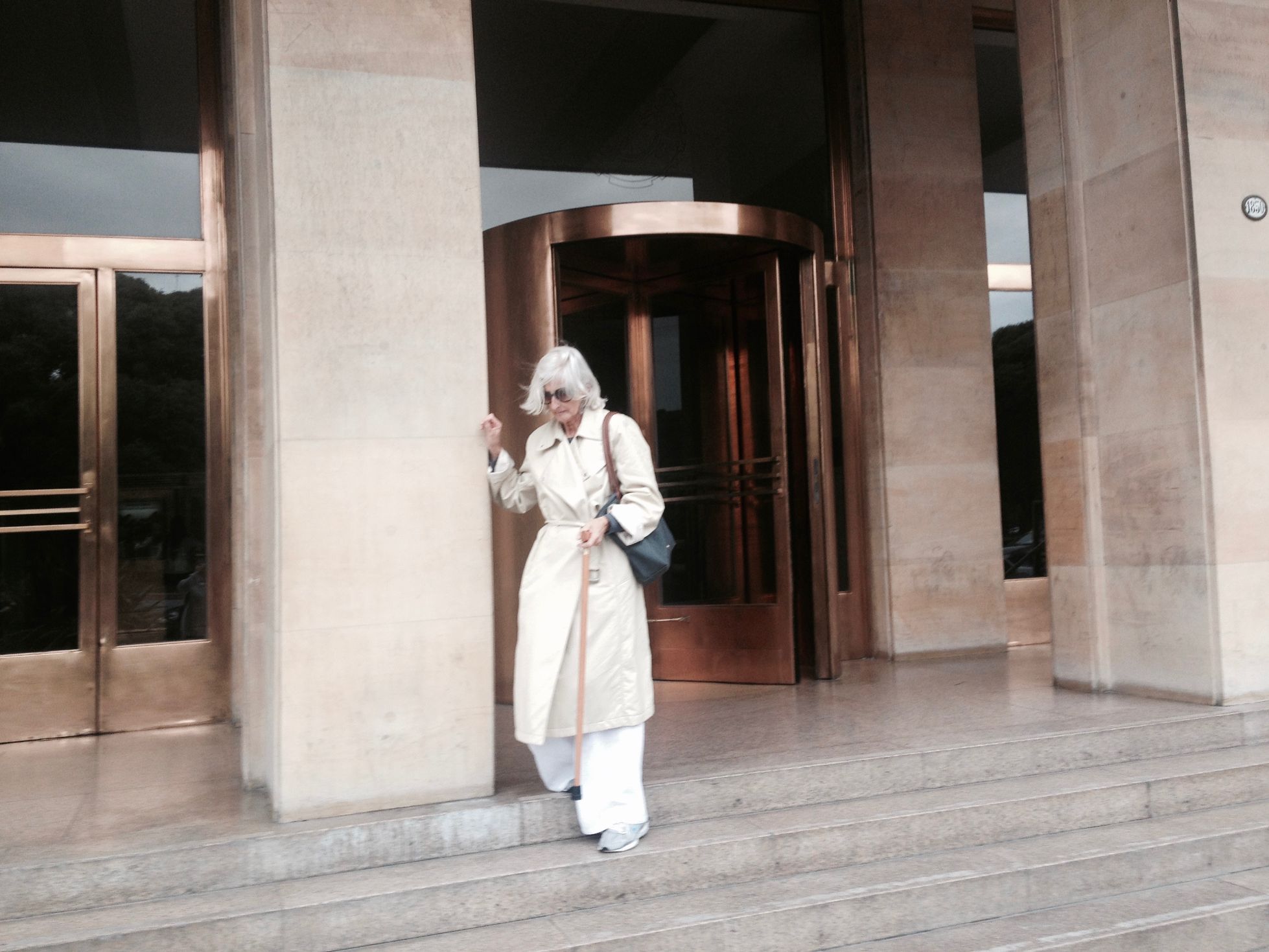 Have you befriended any?

Very few times I’ve asked permission to take the photos with the certainty that they’re going to say yes and drop a compliment… that they know I’m photographing them because of how stylish they look.

I photograph without them noticing, when passing by, but when they are seated or attentive, and I feel that it can be taken offensively, then I ask.

What I like is that they are usually on the move. I inadvertently anticipated coolhunters (I don’t even remember when or how those arose). And now the stylish older people’s Instagram accounts all over the world. Once those started, I have to confess, it bored me a bit more doing this.

Also, something I realized when I did some portraits for a magazine is that older people don’t really like to have their photos taken. I guess because of a marked personality and a distrust that they’ll be portrayed as they want. Also, because of different customs of the times, but the vast majority don’t like it. And I understand them, I would do the same.

Do you see the same characters all the time?

Yes, many are repeated. There are several that already have their fans; others that, unfortunately, I don’t see anymore, and some that I’m happy to see again after a long time.

What songs do you imagine they listen to?

Tangos? Boleros? I’m not sure. One that reminds me a lot of them and the humor that I try to portray is Amarraditos by María Dolores Pradera, which says something like this: “Let’s both go together, foam and velvet. Me with starch creaking and you, serious and haughty. People look at us enviously on the street, neighbors, friends and the mayor murmur… ”. 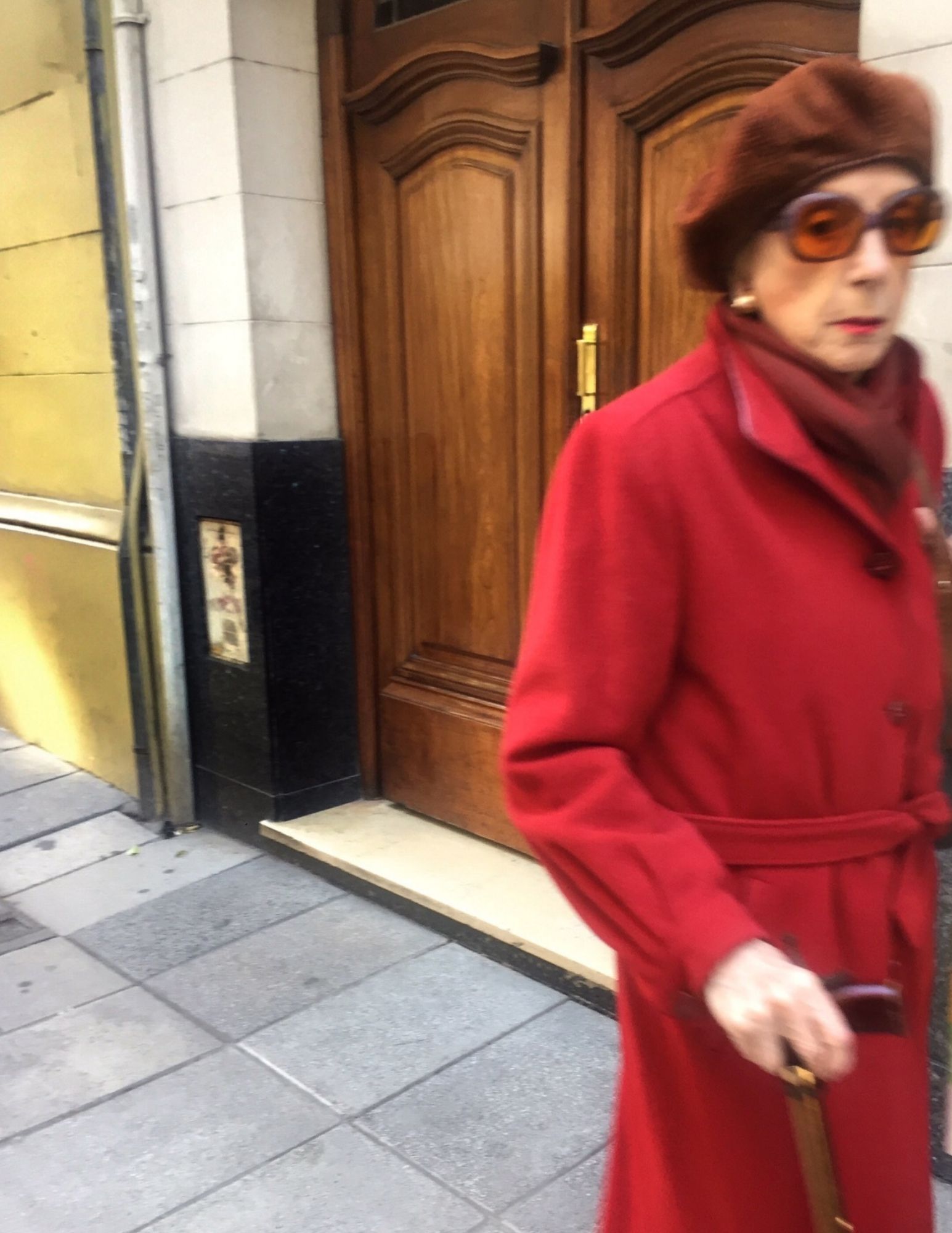 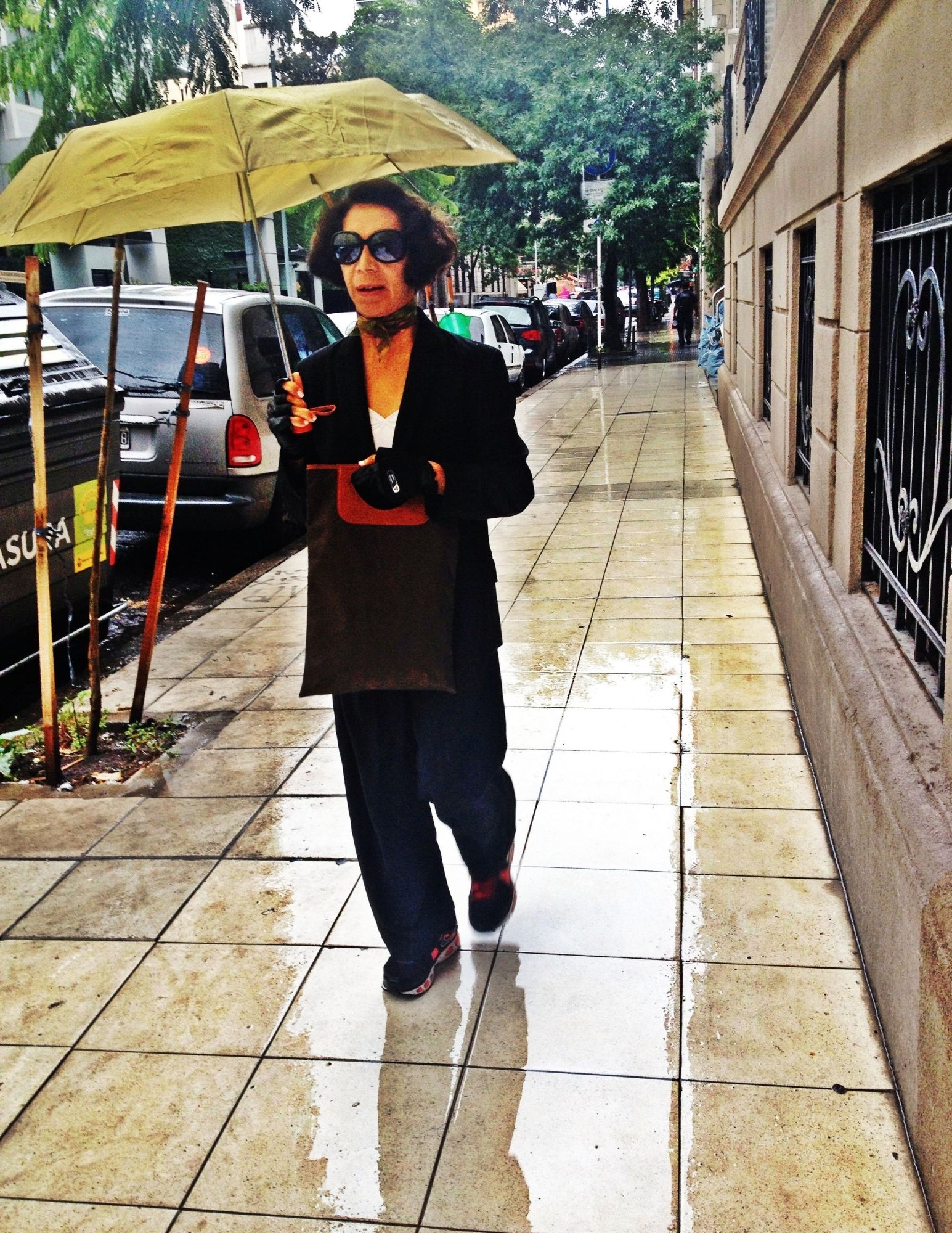 Where do they lunch?

I don’t know, but many in the emblematic Café La Biela, in front of the cemetery in La Recoleta, a classic that had its golden years in the fifties when there was a  motor racing boom in Argentina among the upper and middle classes. Hence the name.

Argentina is known for its fashion. Whose designs are they wearing? Where do they shop?

I don’t think they shop much anymore. They’ve edited their wardrobe over the years with designs from other times that had better quality. They know what looks good on them and how to combine it. They have more experience and a more marked style than someone who is younger.

Many come to buy from my shop, Bolazo Argentina. I love when that happens.

It is harmony. It is everywhere, I find it easily, and, sometimes, where many do not see it. I love concoctions, they are playful and attractive. There is also beauty in humor. 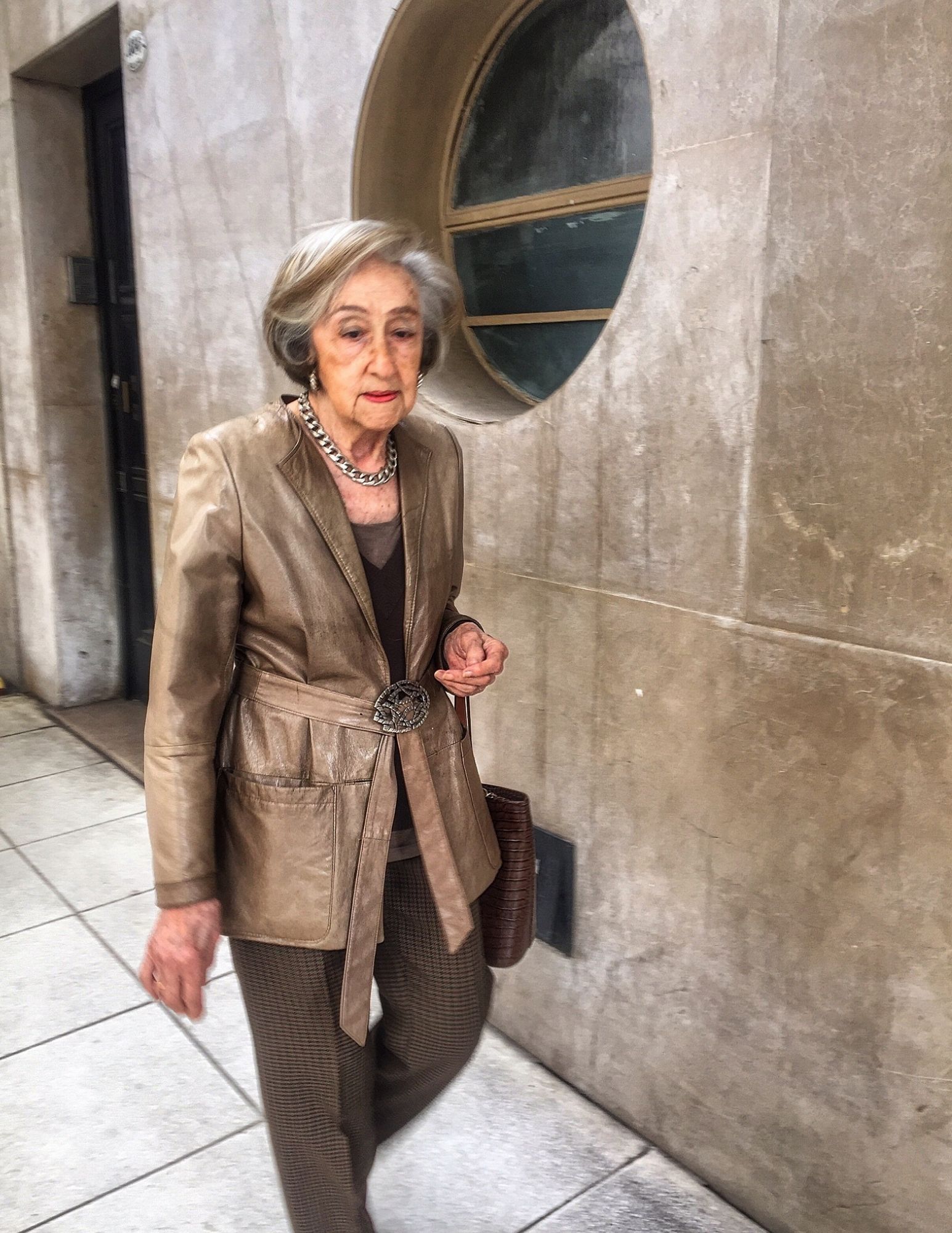 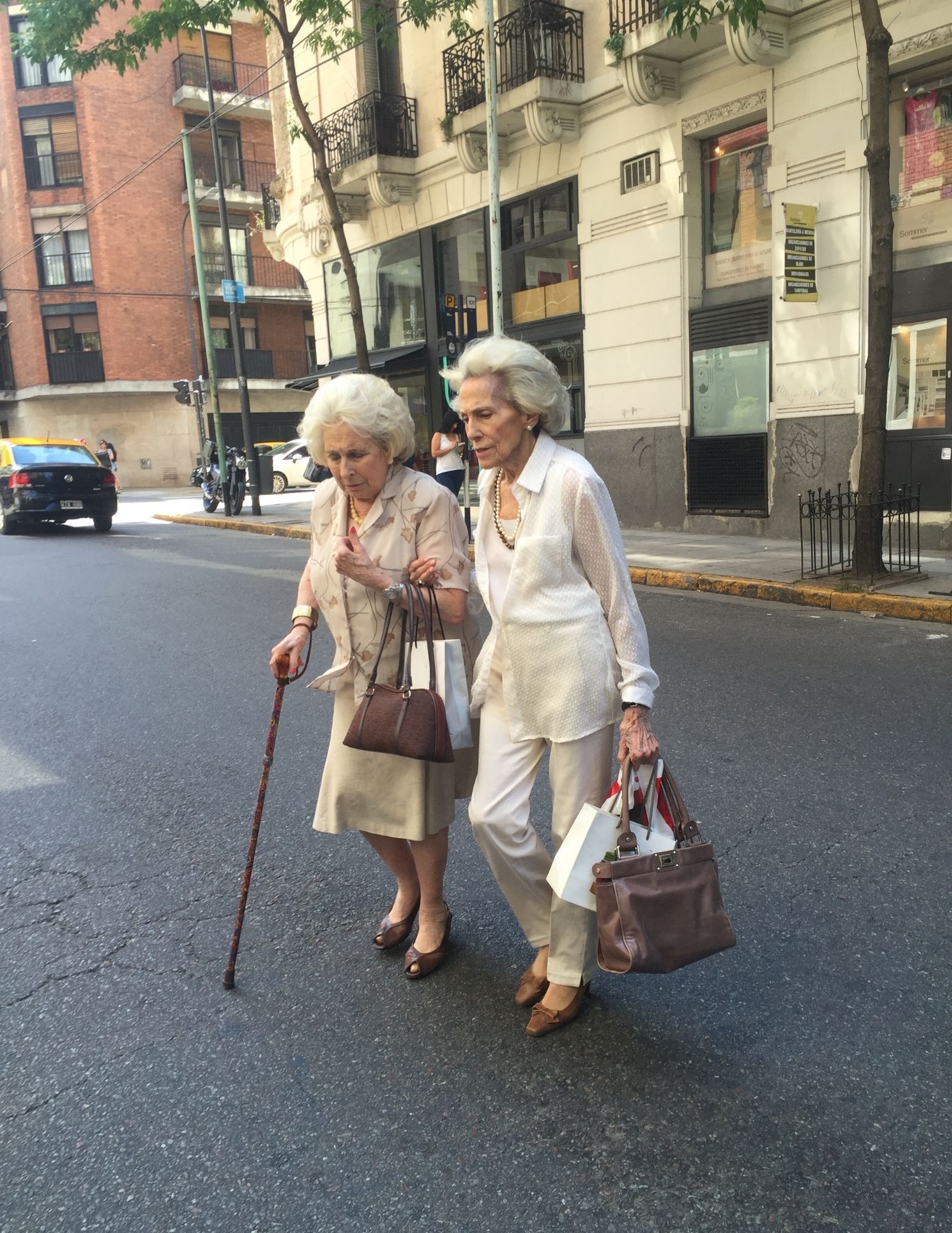 Is it easier to photograph strangers or acquaintances?

I think strangers because it invites you to find something that you do not know; it puts you more in focus. I also photograph them, for the most part, without their knowledge; I pretend I’m talking on the phone or taking a photo at the entrance of a building. Many ladies stop very politely, thinking they’re interrupting my photograph, when in fact, I’m waiting for them.

Do you have a señora paqueta in your family?

Yes, of course. My aunts on my dad’s side died when they were very old and I was very young, but I remember them perfectly, having tea at home. Especially Ema, who was the last to pass. Her rollers, her handkerchiefs embroidered with her initials, her thick pearl necklaces, her wide-heeled shoes, her fur, and, especially, something like the smell of mothballs and her milk tea that tasted awful. 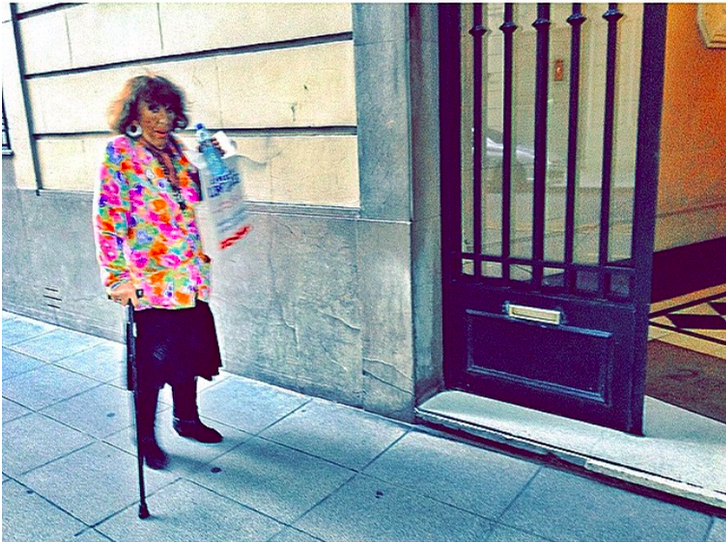 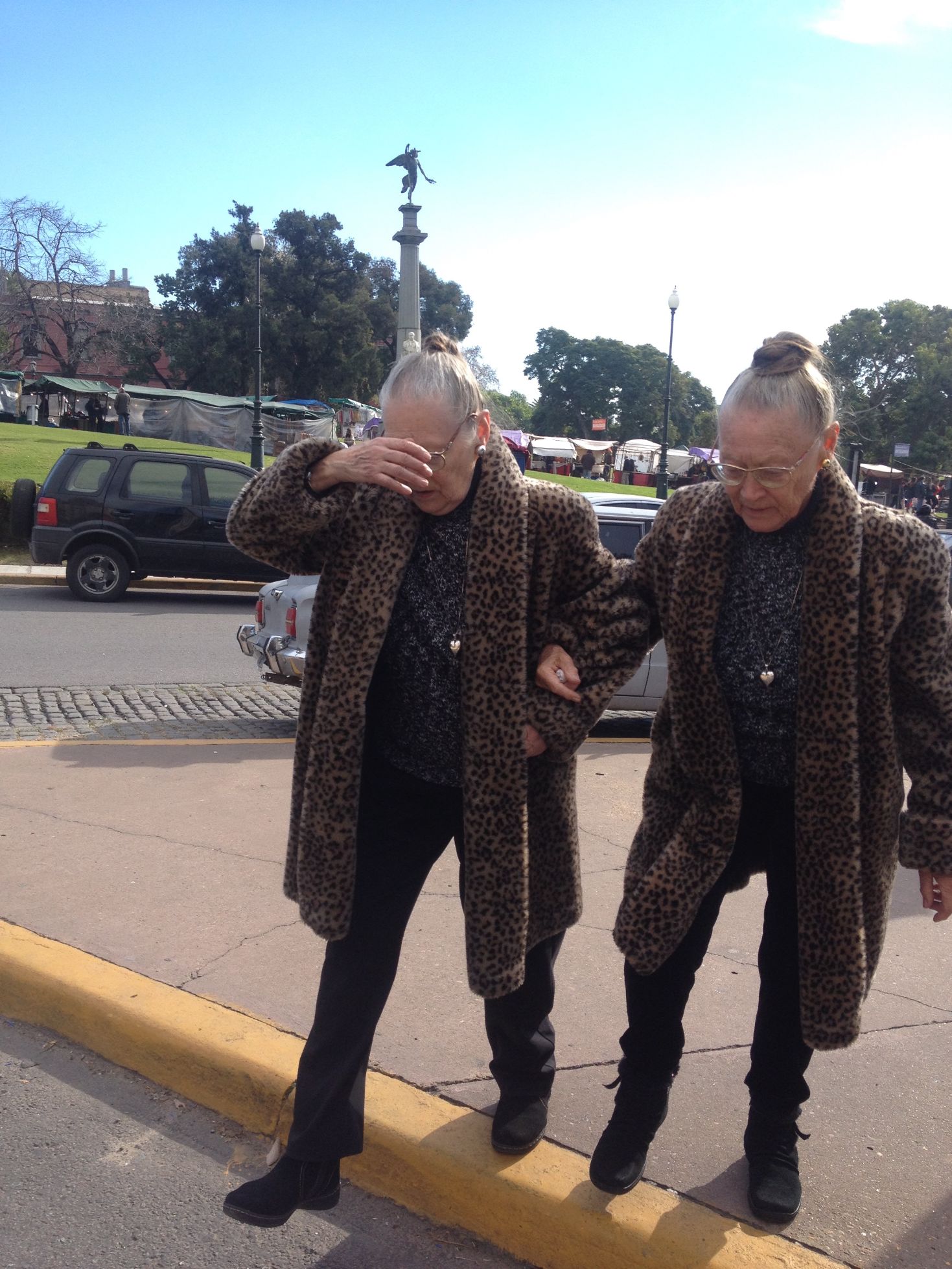 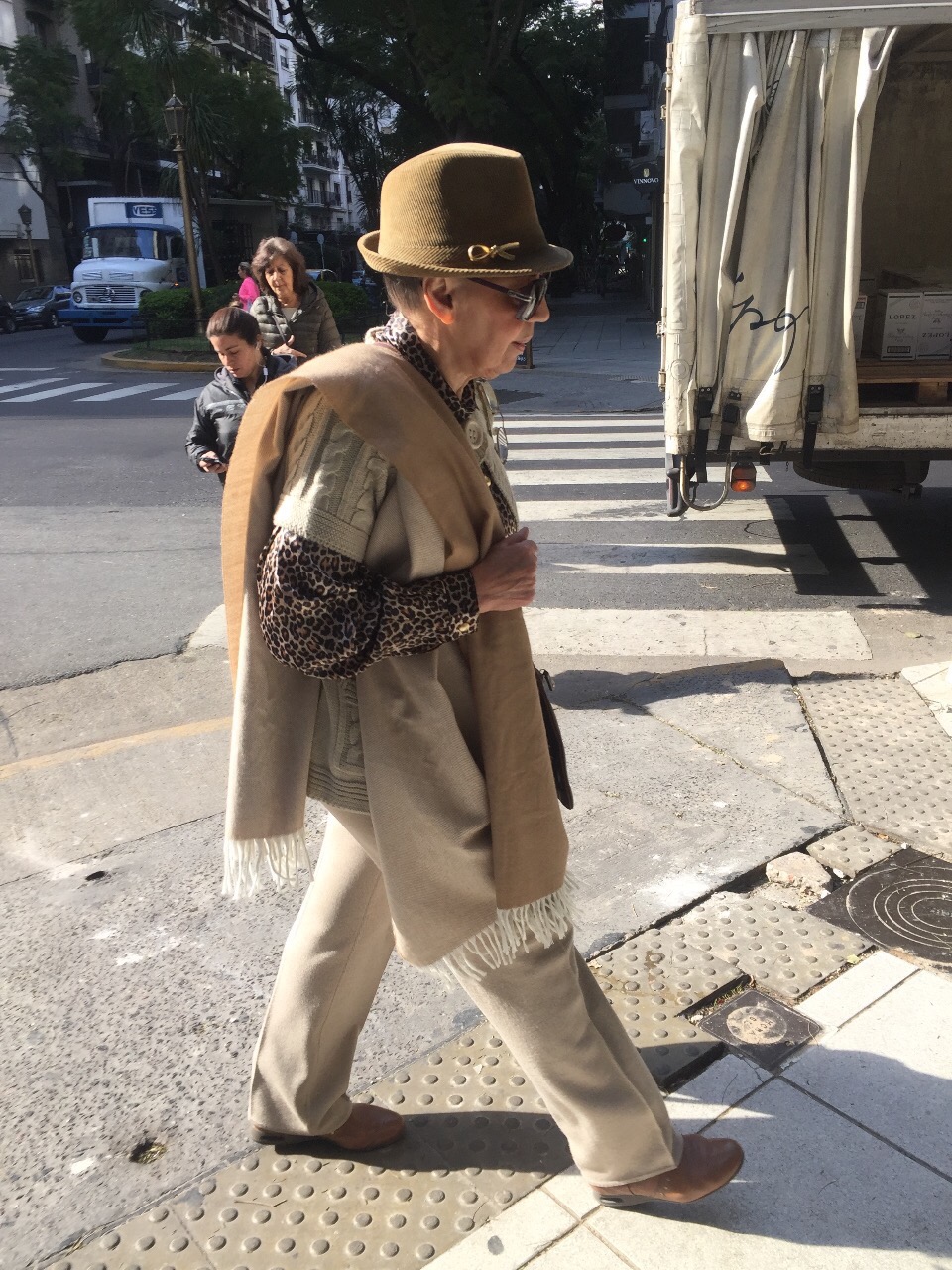 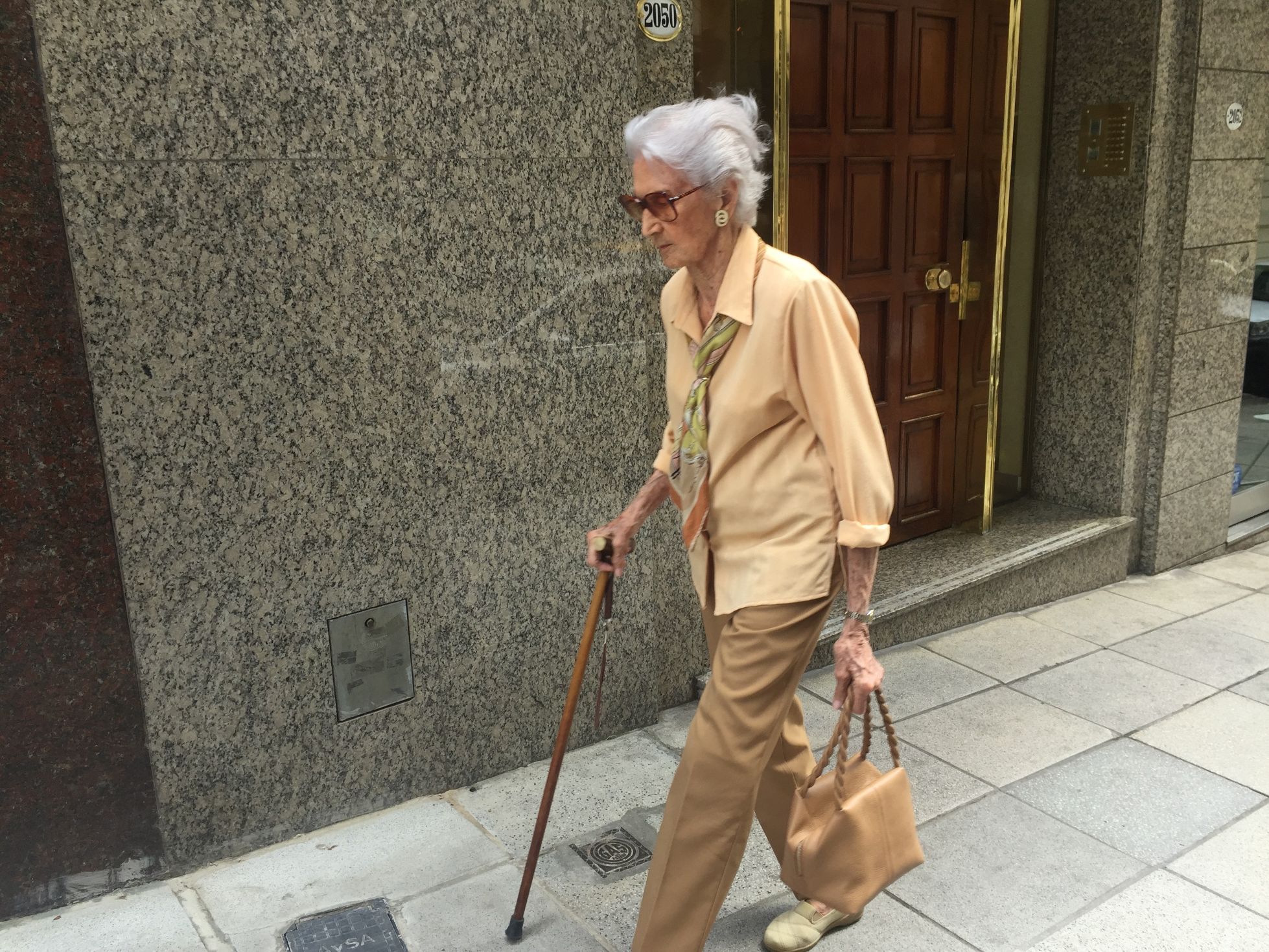 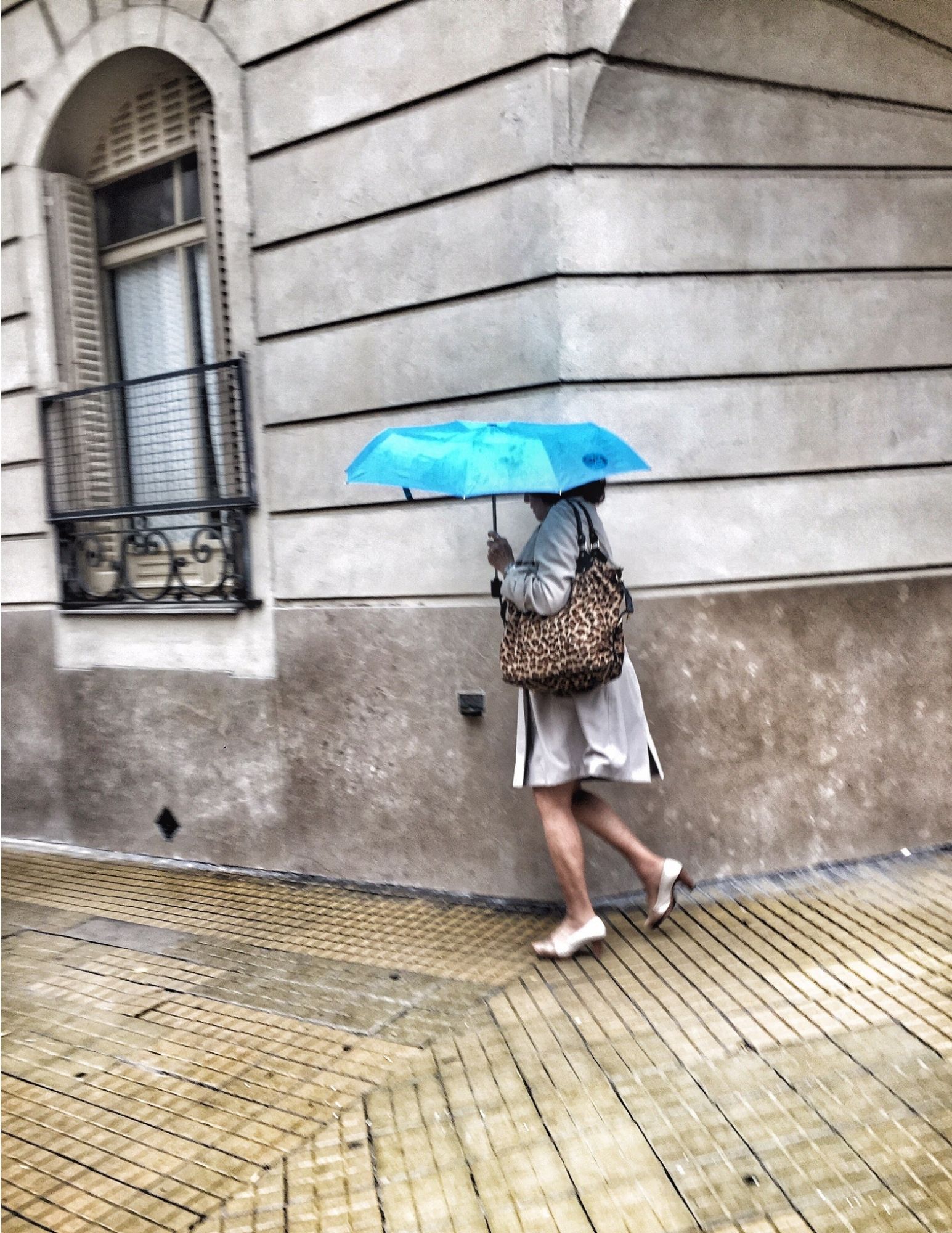 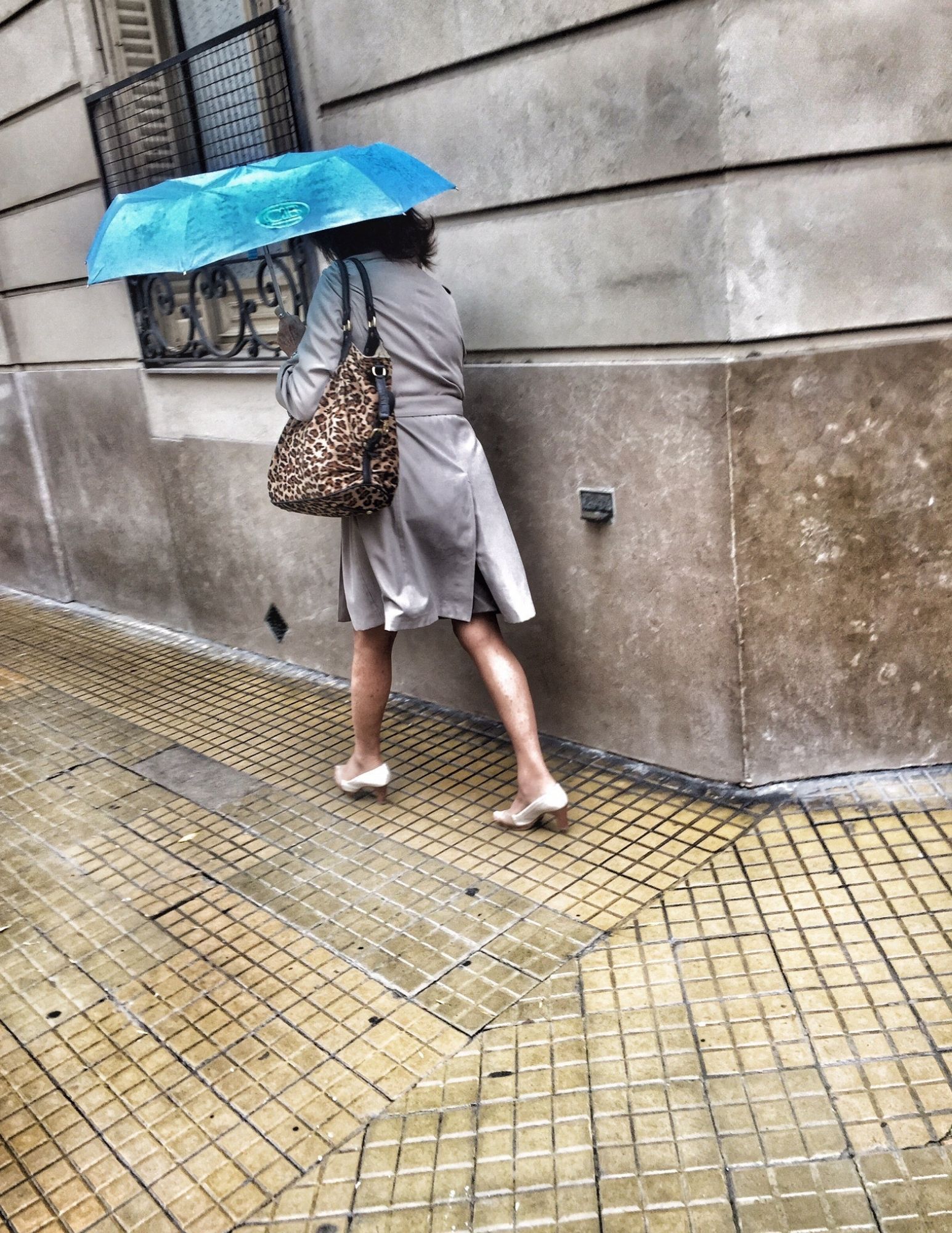 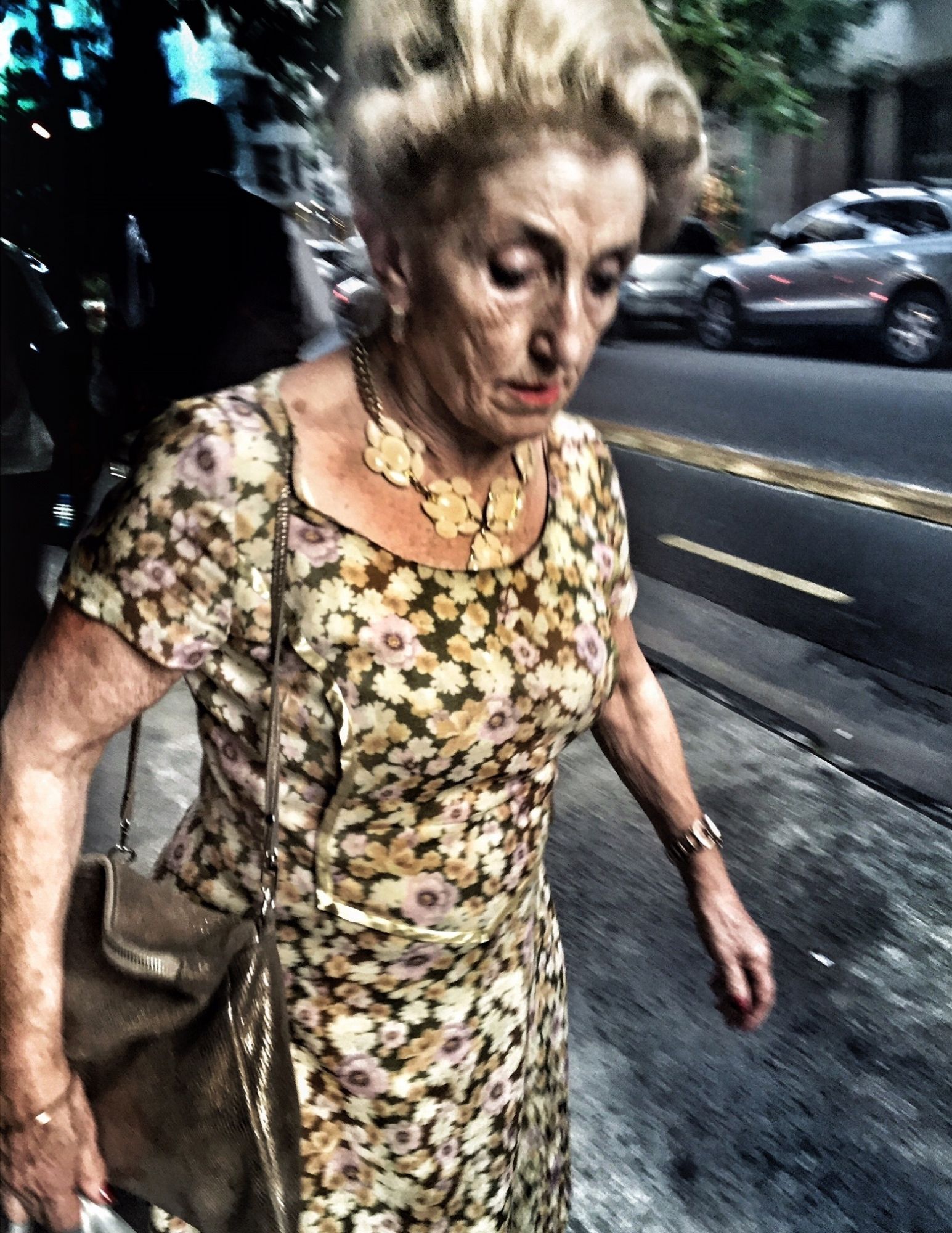 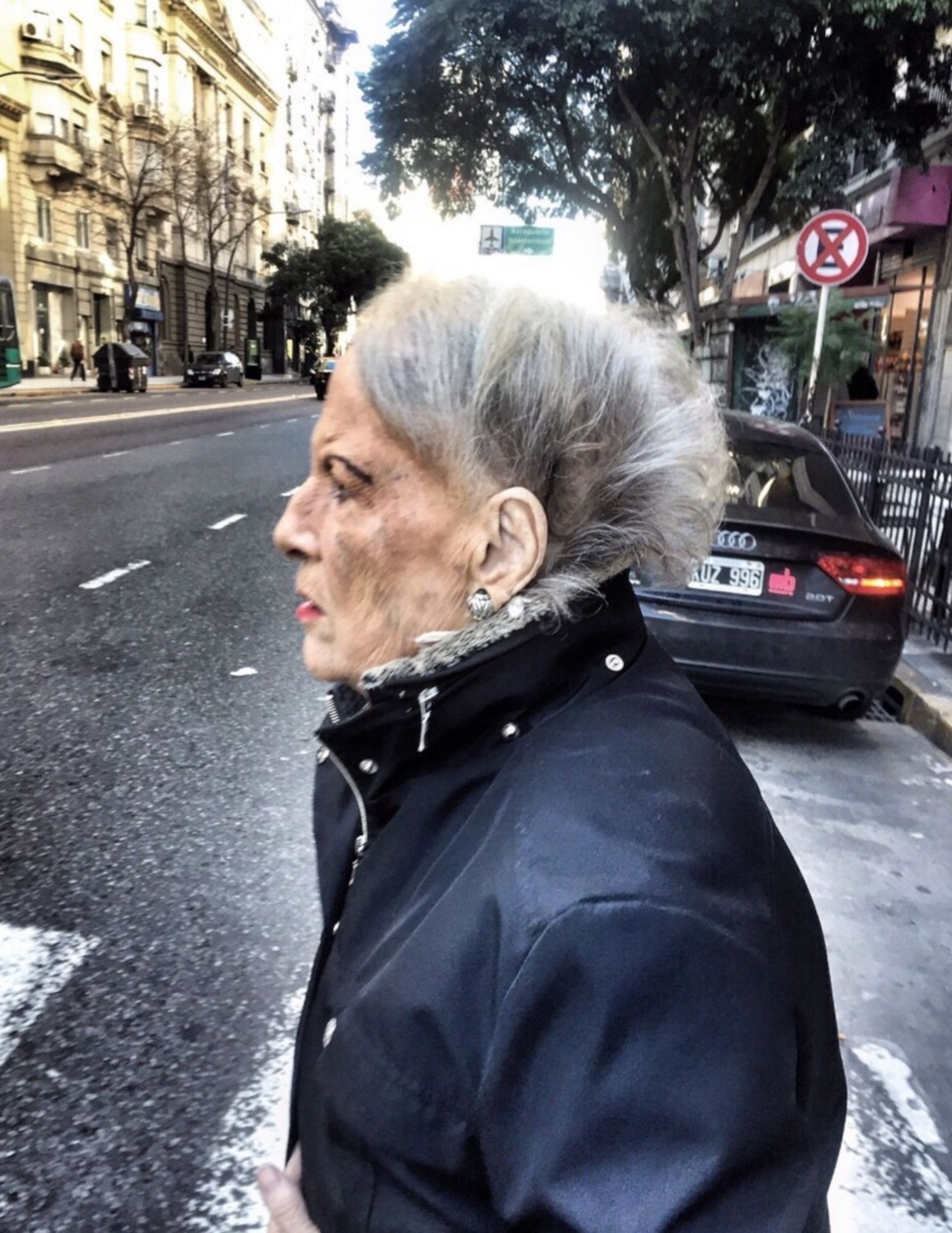 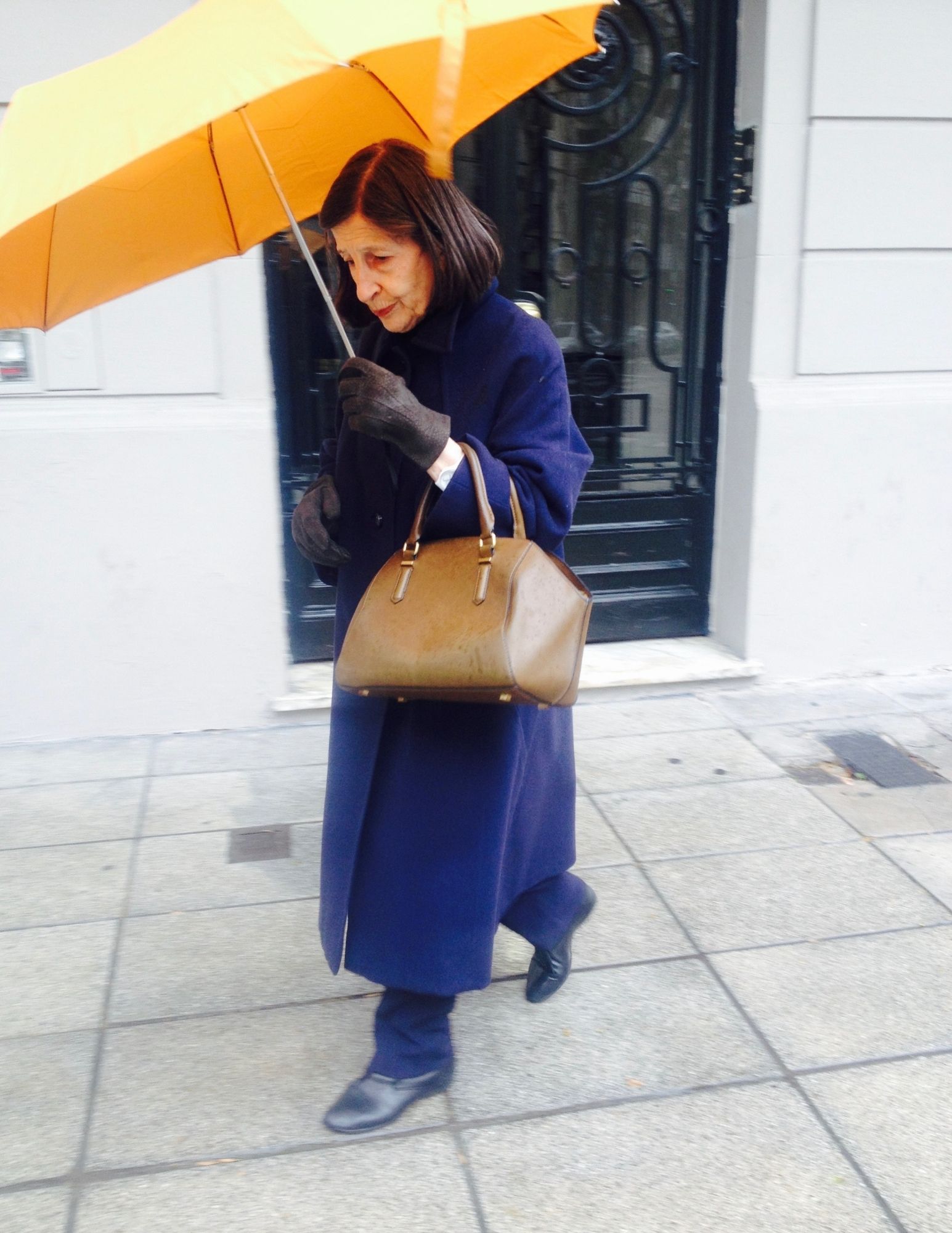 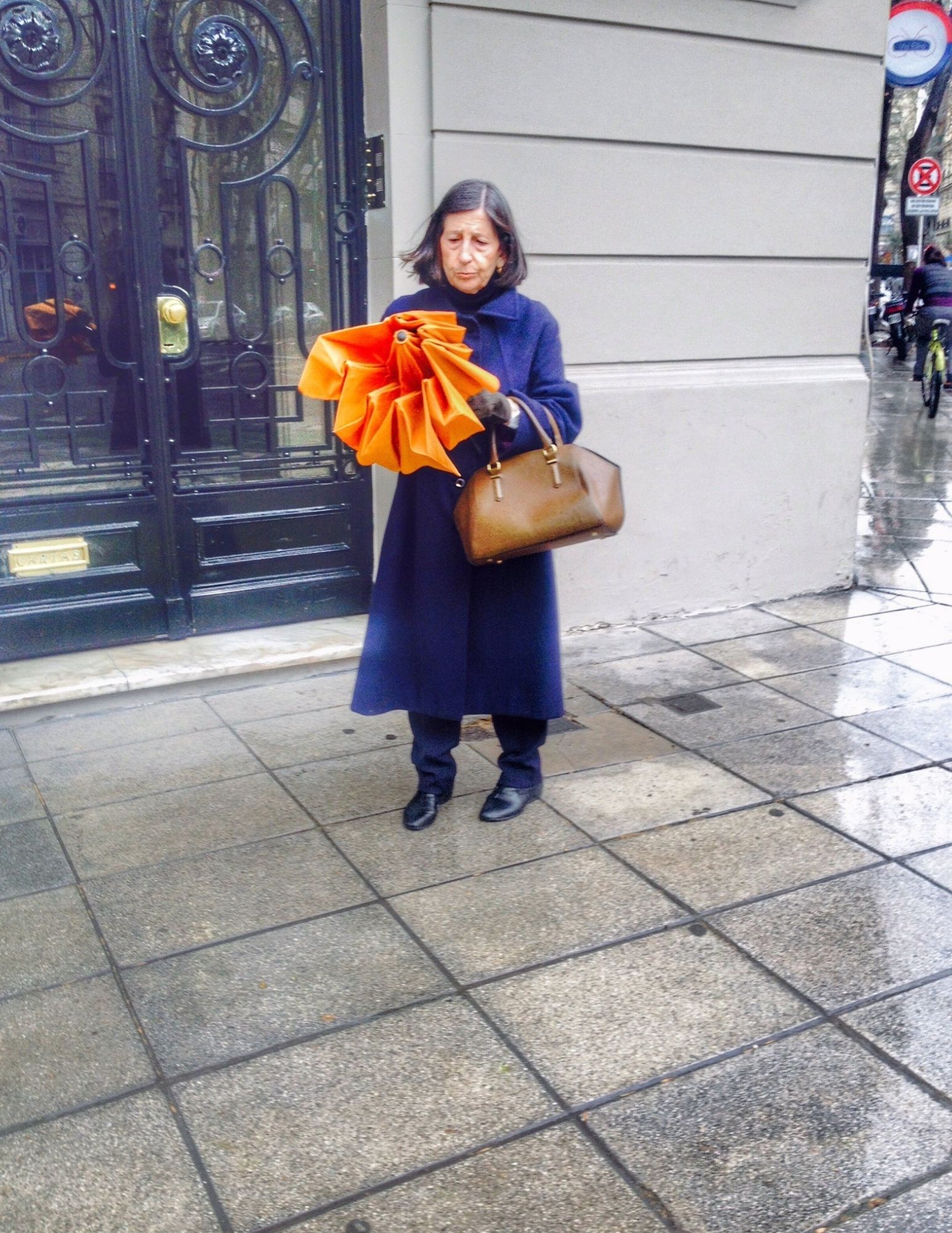 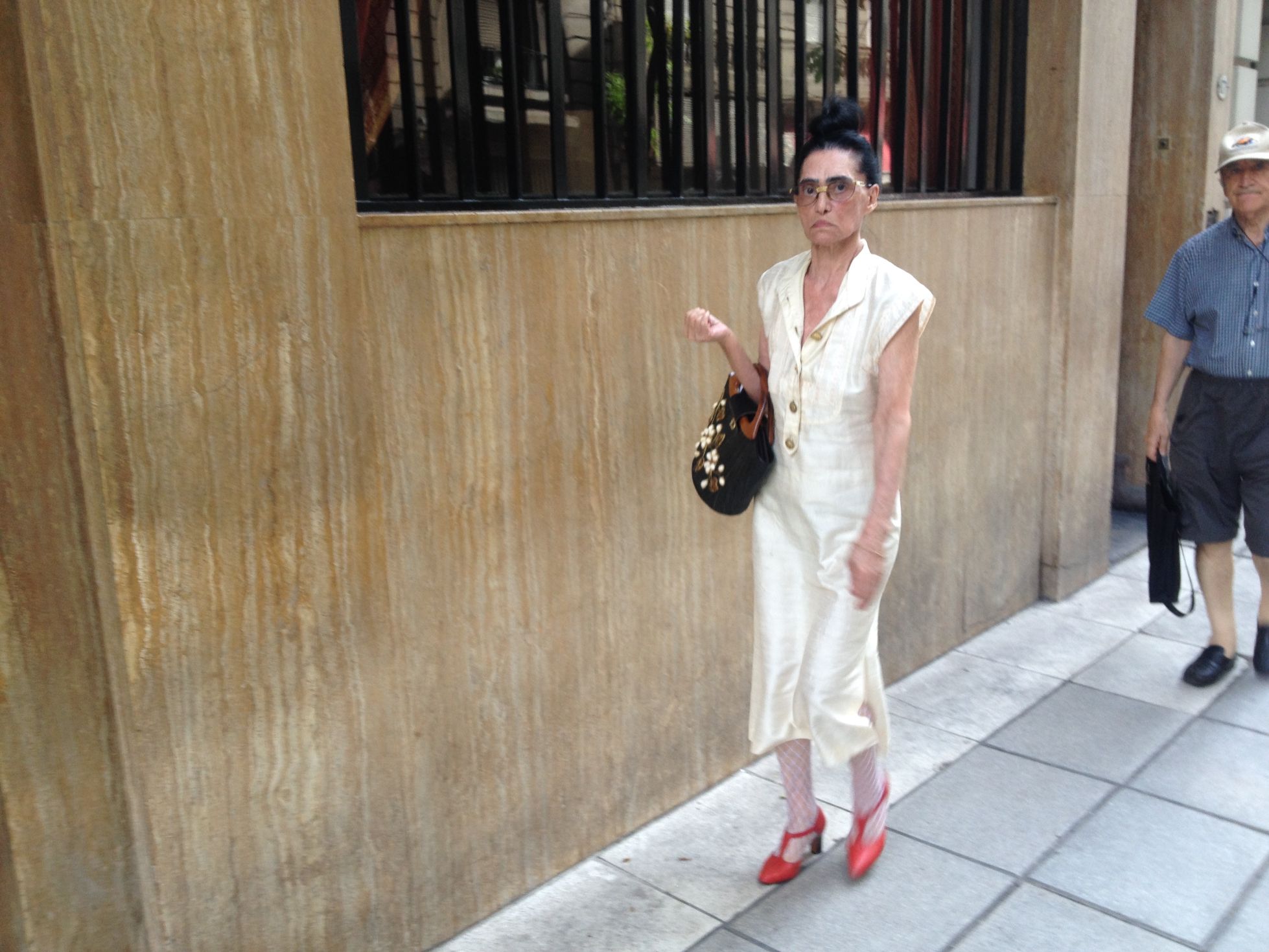 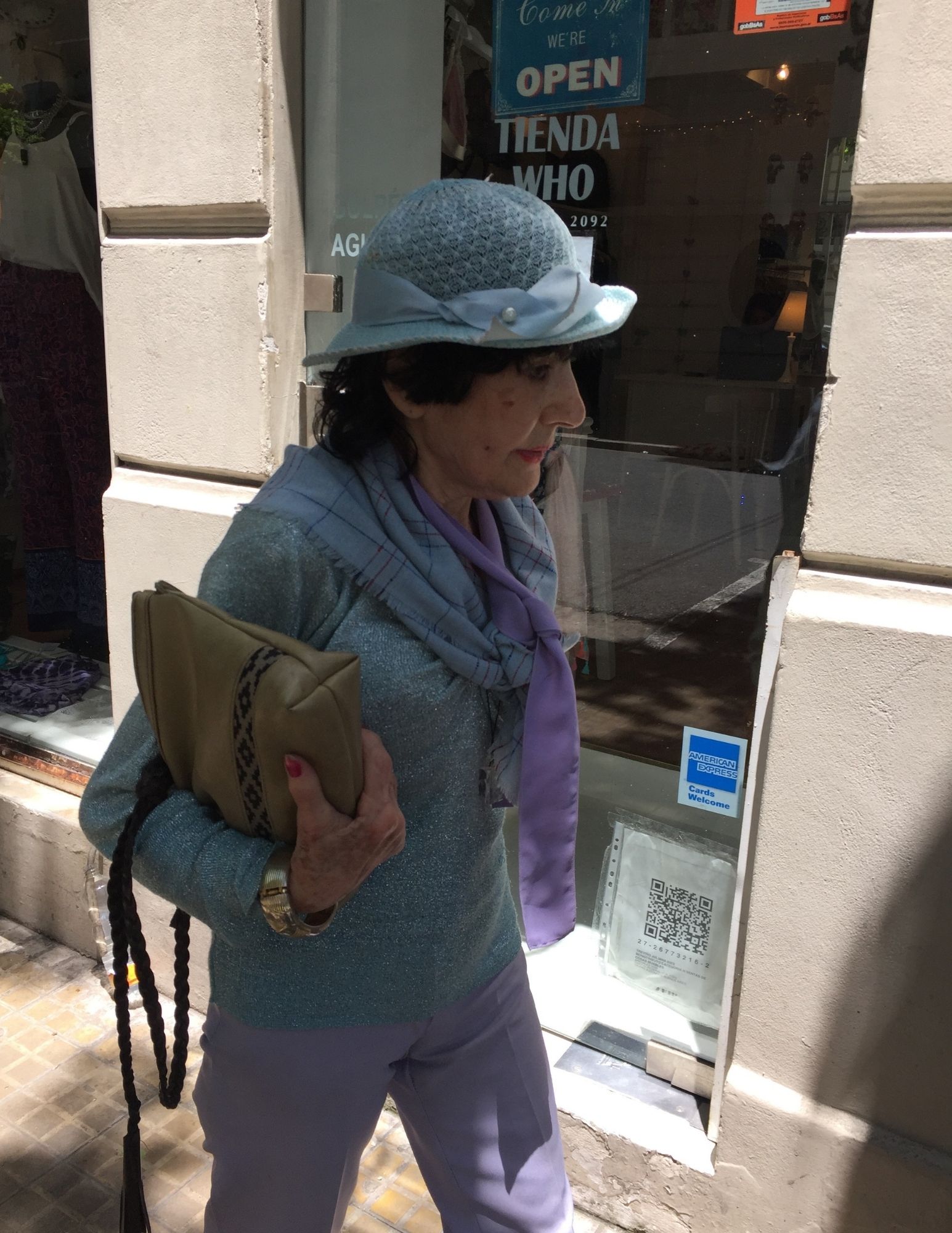 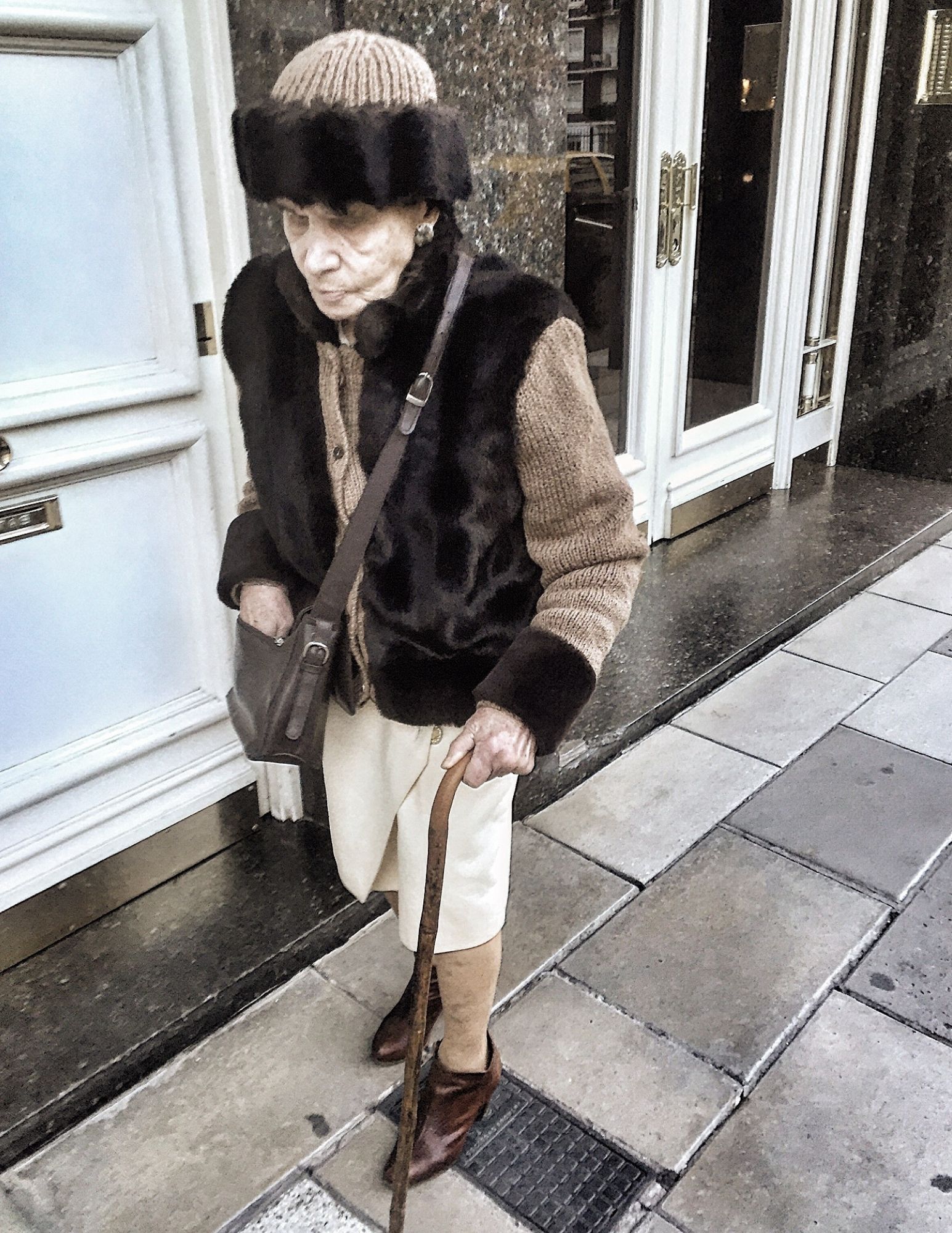 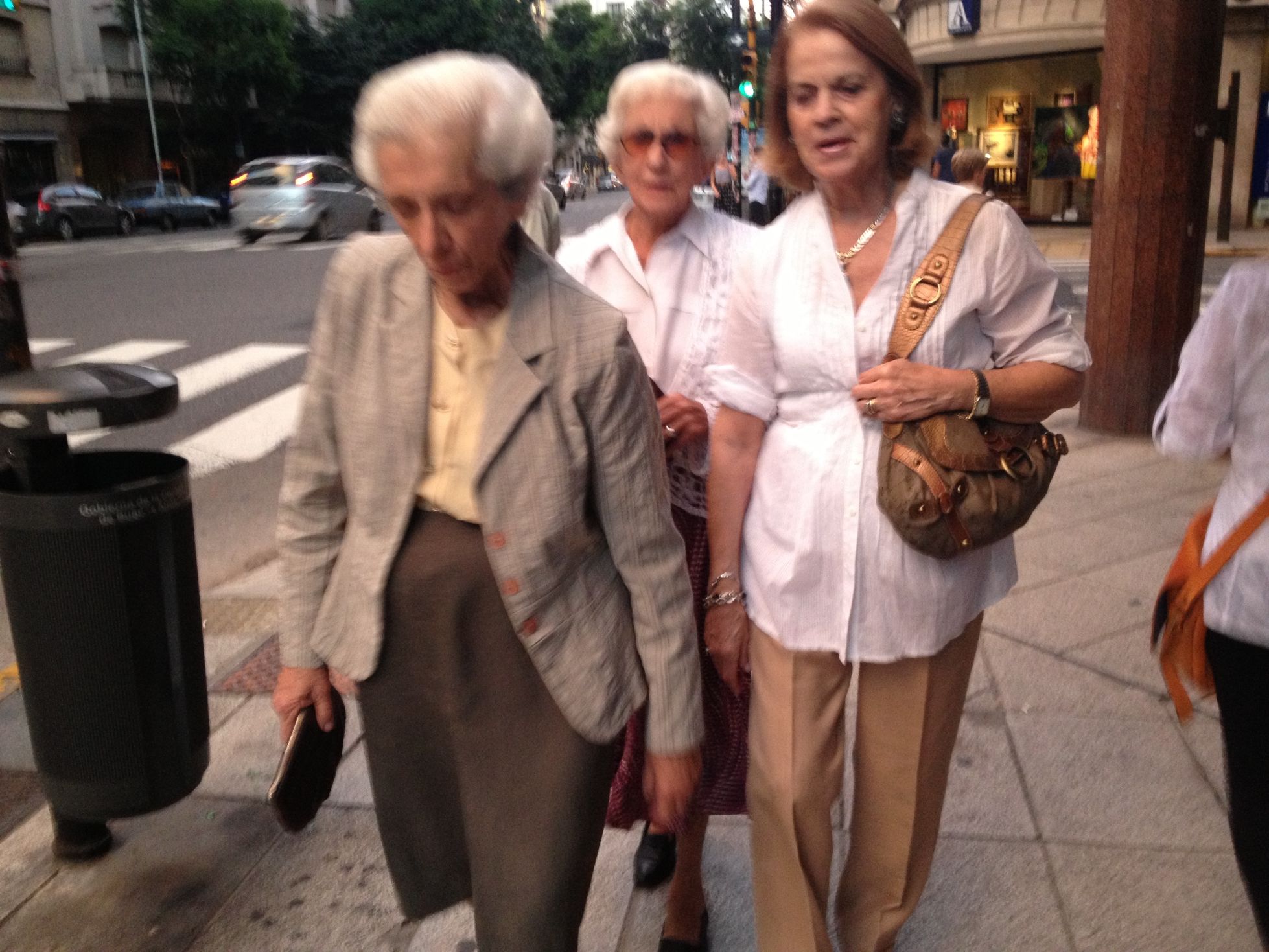 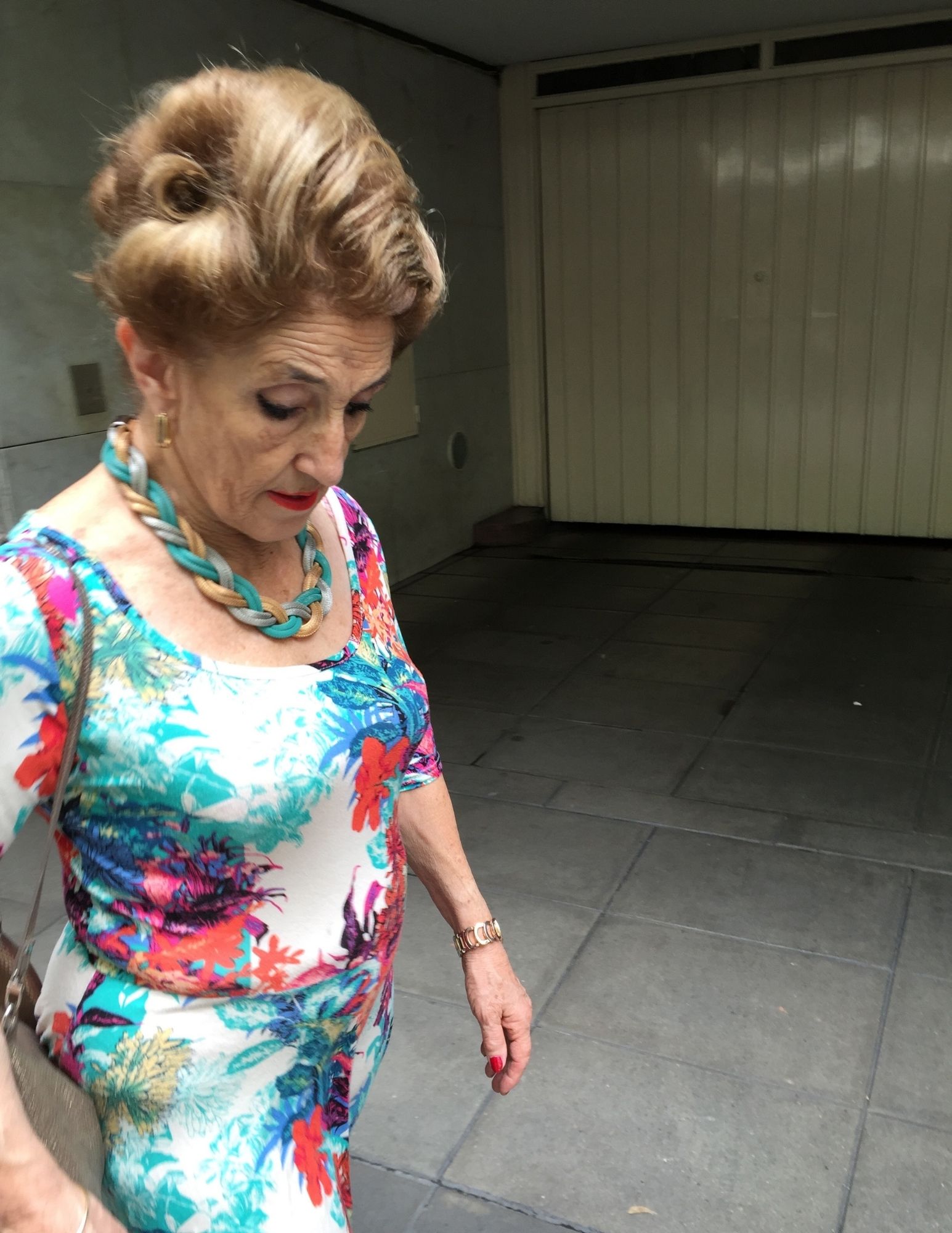 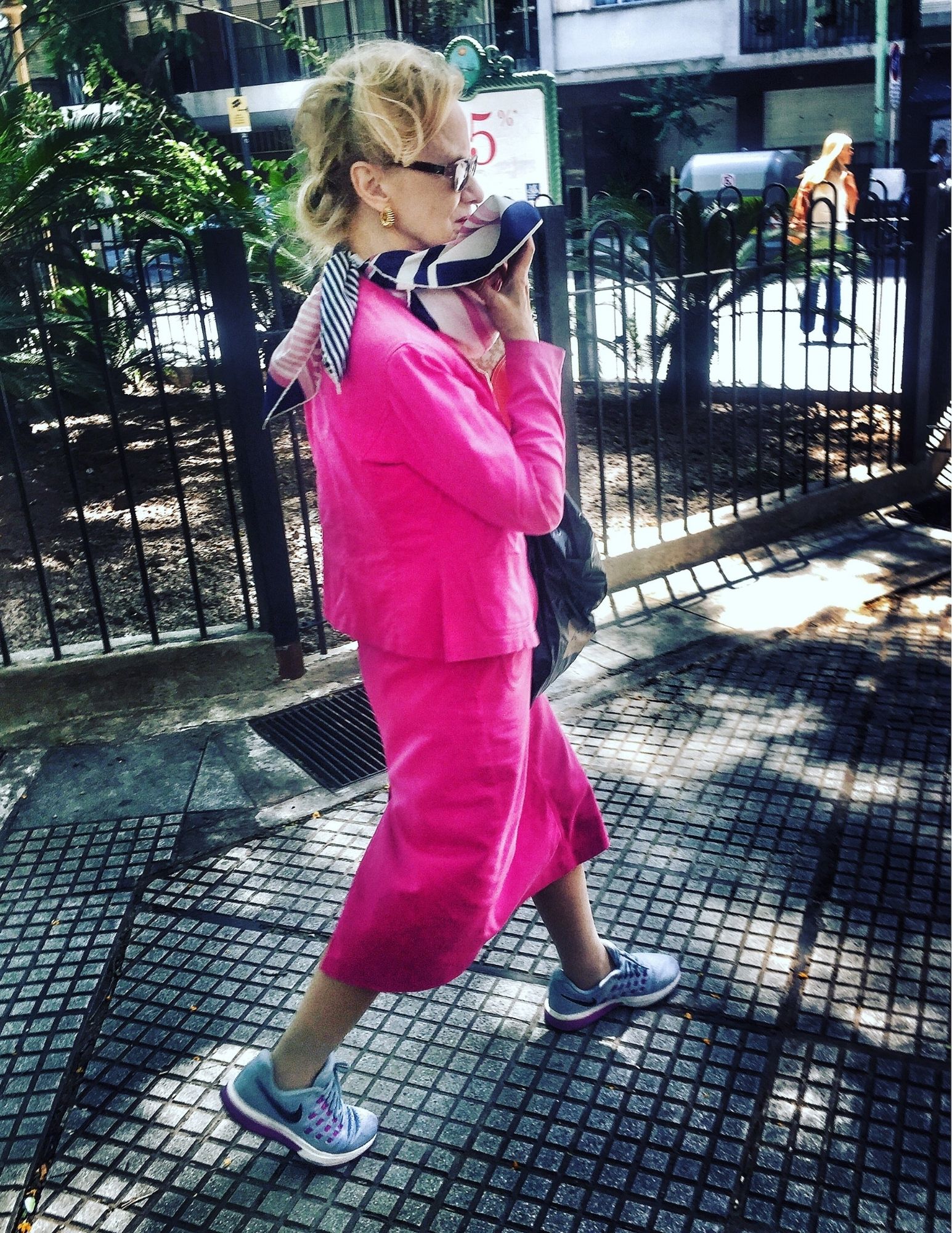 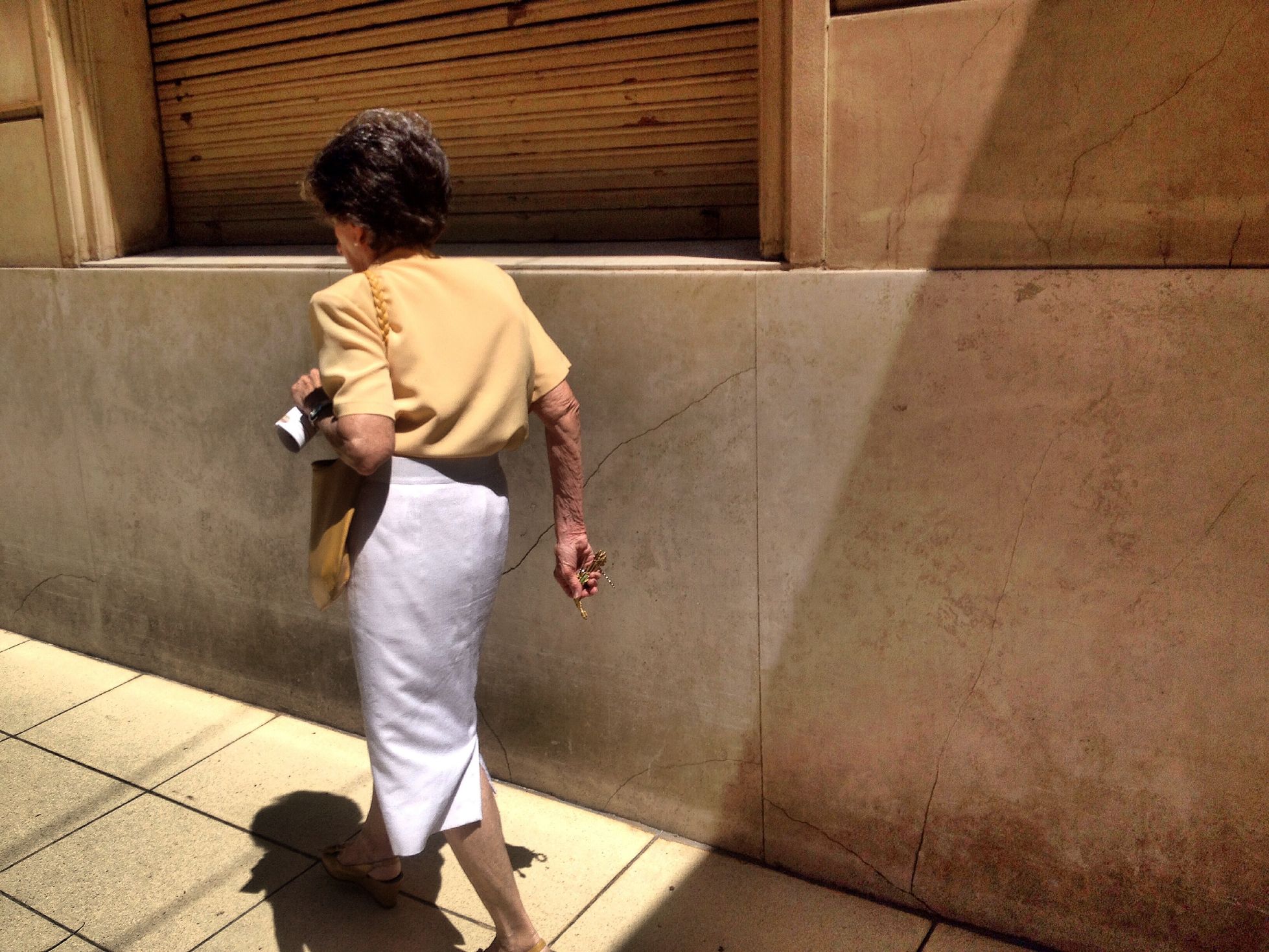 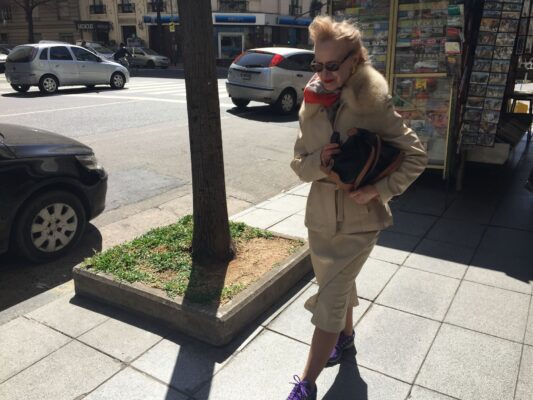