SOFIA ESPINOSA TCHERASSI: “IN FASHION THERE ARE NO NATIONALITIES”

LATINNESS: Sofia, you’re the daughter of the great Colombian designer Silvia Tcherassi. What was it like growing up with a creative mother? Did you always know you wanted to work in fashion, as well?

SOFIA: I literally grew up surrounded by fabrics. My mother would take me to the atelier when I was just a few months old. I feel fortunate to have grown up around her because I was able to absorb the way she did things, her attention to detail and admirable level of commitment. She’s truly the most creative person I know, and although I see her as my role model, I mostly see her as my mother.

As for designing, I always knew I wanted to pursue it. Partly because I looked up to my mother, but mainly because I’ve always loved the world of fashion. This role oftentimes doesn’t seem like a job, but rather a privilege that I get to enjoy to the fullest. 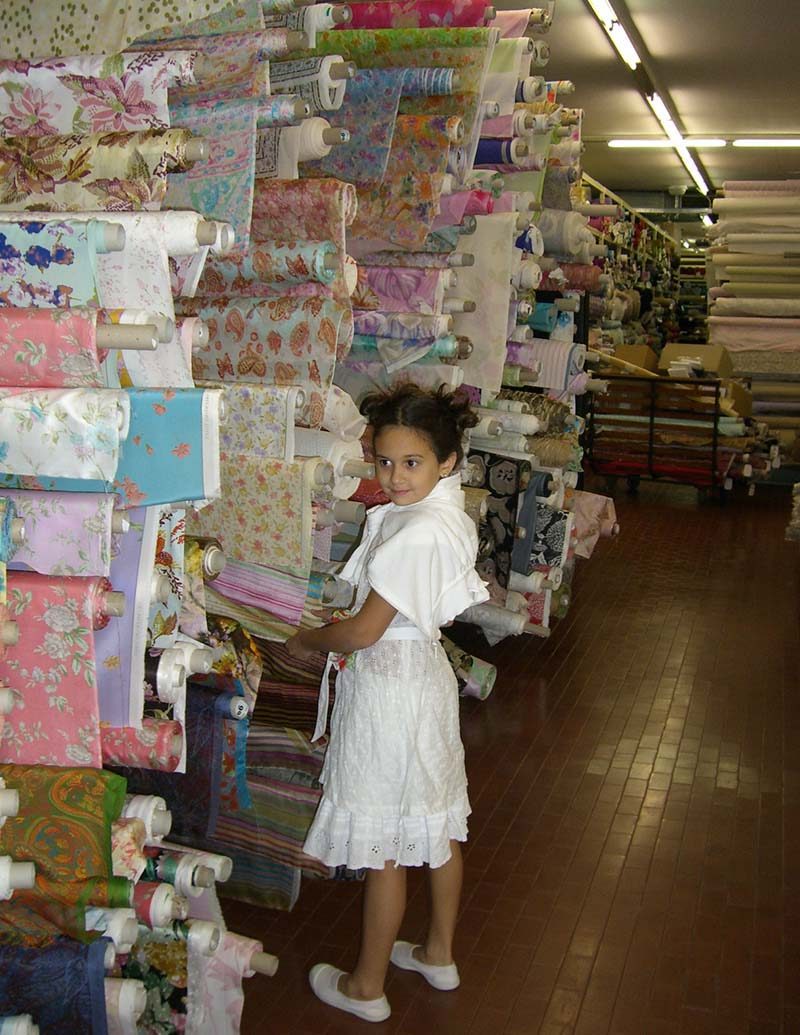 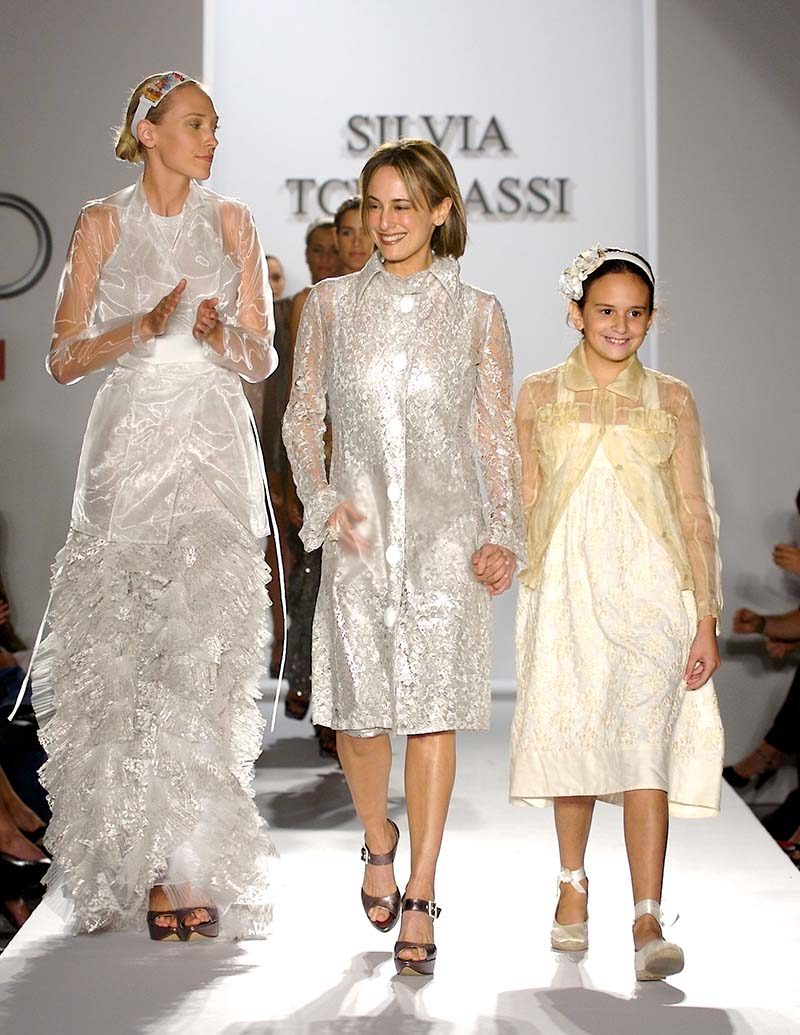 LATINNESS: You’ve recently been named the Director of Ready-to-Wear for Silvia Tcherassi. It has to carry a certain weight to represent a company your mom started. What does this responsibility mean to you?

SOFIA: In many ways, the transition felt very natural as I know the brand’s spirit and DNA so well—after all, I grew up alongside the company.  I was well aware of the brand’s principles, vision, creative and production process and more, so I was able to skip that learning curve. I also spent many summers working in different areas of the company which gave me a very complete understanding of how everything works. From sales associate to design, my time spent in different departments was crucial for my new undertaking.

As for continuing the legacy my mother started, it’s an honor and a challenge at the same time. I’m fortunate to be surrounded by a fantastic team as well as family, including my brother, Mauricio and my grandmother, Vera. It’s great to know that I have a solid support system around me.

LATINNESS: Can you tell us what your role entails?

SOFIA: In my role as Director of Ready-to-Wear, I’m involved in every single stage of the creation of a collection: From the fabric selection in Italy, to campaign imagery and presentations. The cycle never stops, and every season brings new teachings and accomplishments.

LATINNESS: What does a day in your life look like?

SOFIA: From Monday to Friday I’m usually at our Coral Gables headquarters. My mornings typically start off with calls to our fabric manufacturers in Italy, followed by Zooms with our team in Colombia to check on sample production—this way works best because of the time difference.

Currently, we’re working on the Pre-Fall 2023 samples which I’m very excited about. At around 1:00 pm we have a family lunch and after that, we go over prints, production details or upcoming events—every day is different.

LATINNESS: Prior to working for your family company, you held several stints at various companies in the industry. How did these experiences help with your current role?

SOFIA: Every single experience helped a lot. I tried to garner as much experience as possible, whether in the editorial world at places like Condé Nast or with other brands like The Row, Oscar de la Renta and Gabriela Hearst. Witnessing first-hand how these brands manage to stay relevant in a very competitive field was not only a valuable lesson, but something that’s completely influenced the way I approach my job.

LATINNESS: You represent a new generation of creative directors who define fashion on their own terms. Do you identify with this?

SOFIA: I do—but I also think honoring tradition and the past is just as important. My generation definitively takes more risks, and that can be seen in the evolution of our latest collections, which experiments with more daring silhouettes and fabrics. However, I think the greats are greats for a reason, and they must be taken into account.

I can’t help but think of my grandmother’s vital influence on the brand. Her wisdom and experience have been instrumental to our growth. While we have to adapt to the times, it should be navigated intuitively and cautiously with a careful consideration of the past—I personally still think that mother (and grandmother) always know best.

LATINNESS: Any advice for people who work with their families?

SOFIA: My advice would be to be respectful and mindful at all times, no matter what. Chances are everyone has the exact same goals in mind, just a different idea of how to get to them—it’s important to not lose sight of this. Some families advocate for separate work and personal lives, but we are the opposite. Work and personal affairs are inextricably linked, and that works for us. 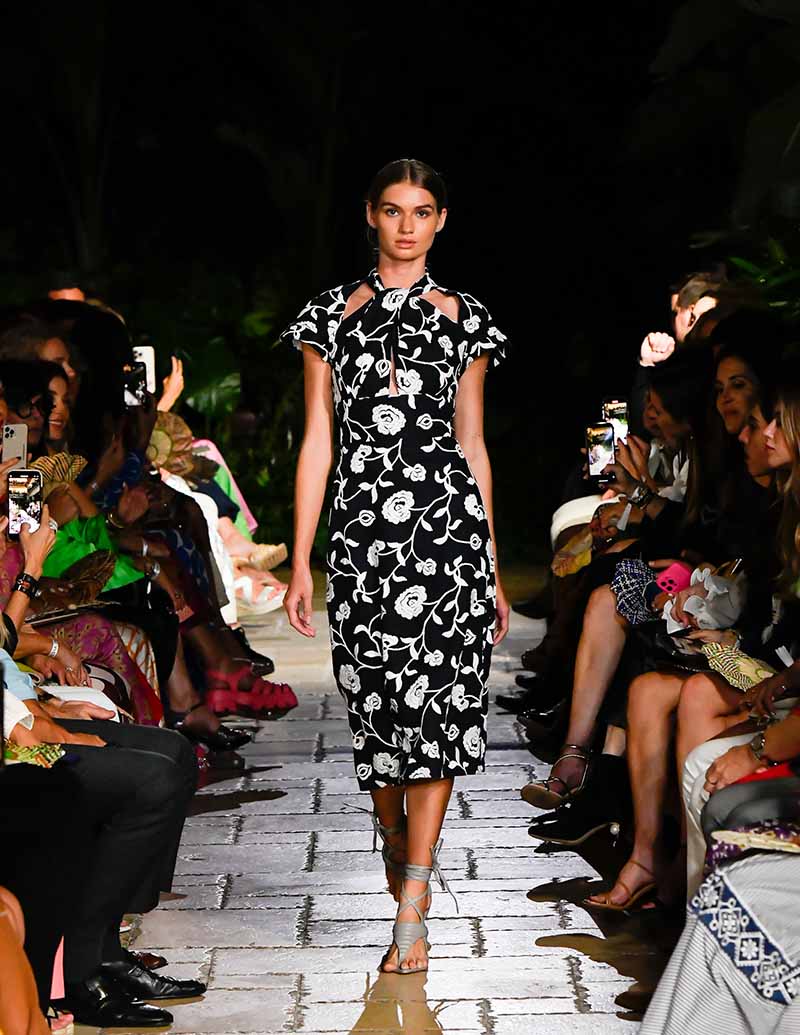 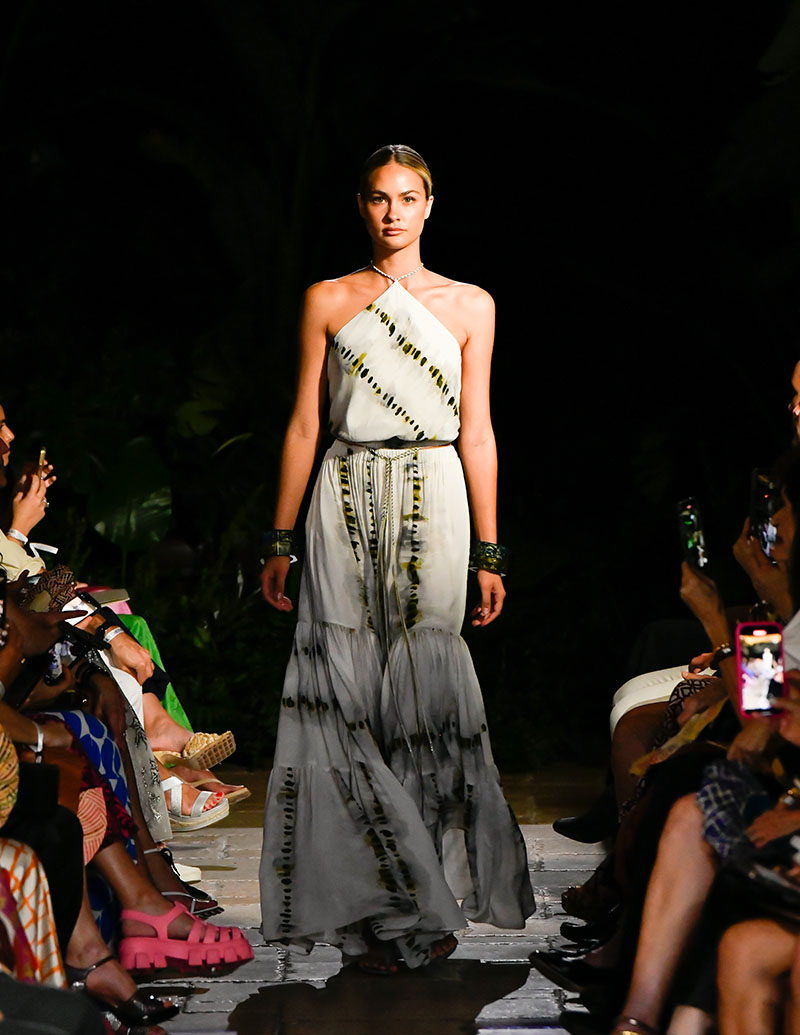 LATINNESS: You grew up in Miami, a city that’s all the rage now, but it wasn’t necessarily the city that launched fashion creatives. How has Miami influenced your fashion taste?

SOFIA: I’ve seen Miami’s evolution from nightlife city to a cultural hub with an impressive art and tech scene. The city has come into this new identity that’s internationally-praised, and fashion has made an important mark too. The presence of so many rich cultures creates an inspiring setting that’s so attractive to creatives in the industry which showcase their collections or set up their headquarters here.

Miami was the first place we opened our first boutique outside of Colombia, so both the city and the brand are completely intertwined: Morris Lapidus, Coconut Grove and Miami Modernism have all influenced past collections. Miami has always had a historical tie to fashion and design, it’s just more evident now.

LATINNESS: As is the case with the recent CHANEL replica show, which brought us together now. You’ve previously collaborated with the brand. Was this your first show?

SOFIA: My first event was the Chanel Gabrielle Party in 2017 during Paris Fashion week for the launch of the Gabrielle perfume. I was 18 at the time and was completely star struck—Pharrell and Katy Perry both performed. To this day, every time I smell the fragrance it reminds me of that day.

My first show was the Spring 2019 collection. Coincidentally, it was the show where Chanel turned its Grand Palais into a beach. I’d always seen the shows online, but actually being there is something very special.

With the Miami show, I truly felt like I went full circle seeing the Cruise collection on an actual beach and Pharrell performing at the after party. Something I admire about Chanel is their ability to remain timeless while constantly reinventing themselves—this was my first Virginie Viard show, and what an unforgettable one it was.

LATINNESS: As a designer yourself, did the collection resonate with your personal style?

SOFIA: It definitely resonated with me as it was a showing of true casual luxury, which is one of our brand pillars. I loved Look 33. It’s a classic showing of the house but the details and styling make it so modern.

LATINNESS: What do you love most about your Latin culture?

SOFIA: Our diversity. Latin culture is a mix of multiple and very heterogeneous influences.  We’re united by the same language, but each country has its own identity. For this reason, I don’t talk about Latin fashion or Colombian fashion because fashion doesn’t have a nationality. Each Latin designer has his or her own vision, regardless of his or her country of origin. 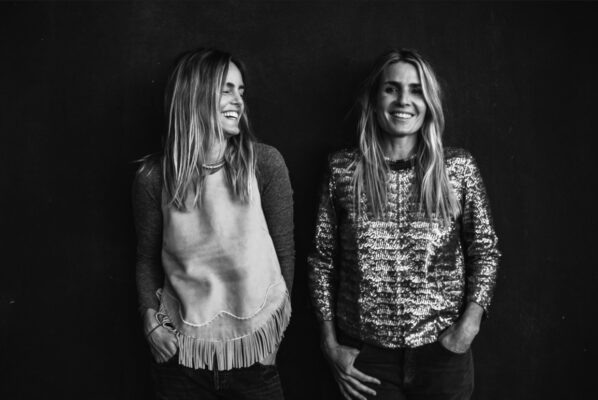 ROCIO GONZALEZ: “MY SUCCESS AND THAT OF MY PRODUCT COMES FROM BEING VERY TRANSPARENT” 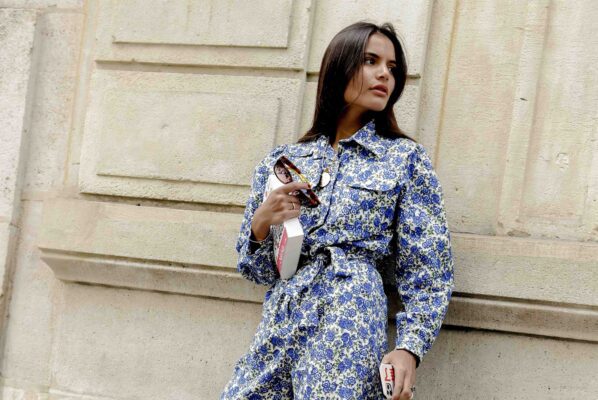 CAMILA BASURCO: “TRUE LUXURY IS IN THE PROCESS THAT EXISTS IN CRAFTSMANSHIP” 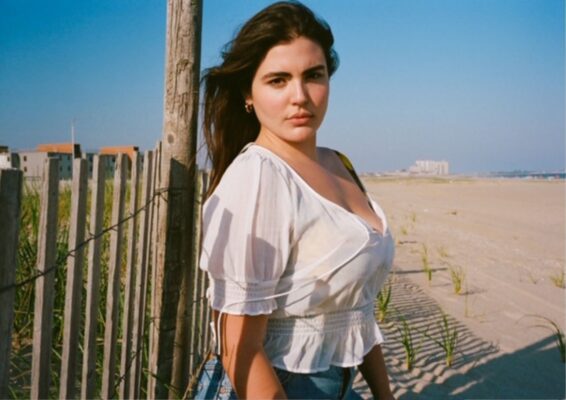 ALESSANDRA GARCIA: “EVERY GIRL CAST IS ANOTHER STEP FORWARD INTO MORE DIVERSITY”